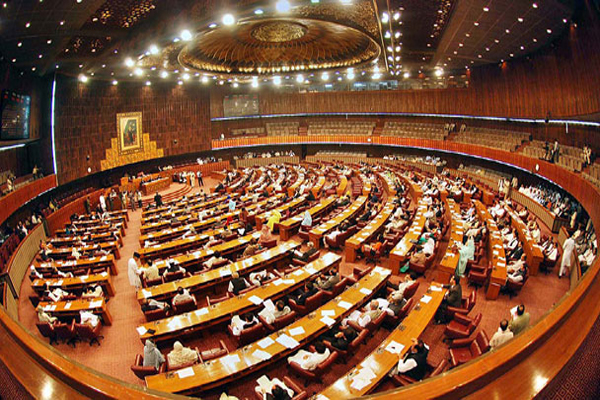 ISLAMABAD: Adviser to Prime Minister on Accountability and Interior Barrister Mirza Shahzad Akbar on Friday told the National Assembly (NA) that Pakistan Tehreek-e-Insaf’s (PTI) government had recovered looted money worth billions of rupees during the last two and half years.

Responding to question during “Question Hour” he said that, with the coordination of Assets Recovery Unit (ARU), National Accountability Bureau (NAB), Federal Investigation Agency (FIA) and Federal Board of Revenue (FBR), the government had recovered the looted money from the corrupt elements.

He stated that previous regimes had spent merely hundreds of dollars on detecting the assets of Pakistanis stashed abroad.

He told the NA that the federal cabinet, in its meeting held on September 5, 2018, had approved the establishment of the ARU under the chairmanship of special assistant to the prime minister (SAPM) on accountability, with representation from the FIA, NAB, FBR, State Bank of Pakistan (SBP), as well as the private sector for implementation of recovery of unlawful assets abroad.

The aforementioned agencies and organisations eventually recovered the stated amount, either through taxation, plea bargain or direct recovery repatriation to the government exchequer, the advisor stated.

To a question from Syed Naveed Qamar, he said that the agreements were signed with Broadsheet LLC and International Assets Recovery by NAB during the time of Pervez Musharraf for detection of corruption money abroad.

The Broadsheet was twice paid $2.25 million and $1.25 million in 2008 after the signing of settlement agreements during the tenure of Yousaf Raza Gilani, he added.

The adviser said that at present the government had no working relations with broadsheet nor it has engaged any private agency to trace assets. He said that the government was working for the enhancement of the capacity of its workers.