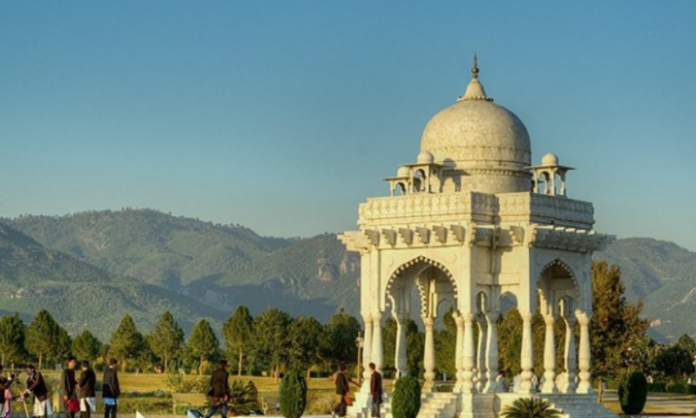 ISLAMABAD: Responding to the reports of the government considering to mortgage an Islamabad park to get a loan, Pakistan Muslim League-Nawaz (PML-N) on Monday sought to stop the proposed mortgage of a national asset.

PML-N spokesperson Marriyum Aurangzeb said that while projects were launched in the tenure of deposed prime minister Nawaz Sharif and former Punjab chief minister Shahbaz Sharif, national assets are being auctioned in the Naya Pakistan of Prime Minister Imran Khan.

Marriyum declared the “incompetent” and “thief” government has turned the country into an auction house and claimed the premier was fulfilling the agenda of selling the national properties.

She further said that the national assets were being mortgaged in a foolish manner and added no patriotic person could do such a thing.

While there is no official confirmation or denial, reports citing sources claimed that the federal cabinet is considering mortgaging the 759-acre Fatima Jinnah park in the F9 sector to secure a loan of about Rs500 billion.

The proposal was included in the agenda of the meeting of the federal cabinet.