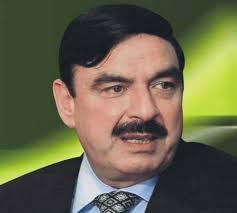 RAWALPINDI: Interior Minister Sheikh Rasheed Ahmed has said the opposition parties will fail in their designs to destabilise the country.

Addressing a ceremony in Rawalpindi on Sunday, the interior minister said that Pakistan will move towards development under the supervision of Prime Minister Imran Khan. He expressed hope that, due to its prudent policies, the government will overcome inflation and unemployment during the current year.

He said that PM Imran fought the cases of Kashmir, Islam and Khatm-e-Nabuwwat in international forums effectively. He added that Pakistan Democratic Movement (PDM) Maulana Fazlur Rehman had done nothing regarding the Kashmir issue during his chairmanship of Kashmir Committee and now he is heading towards a dead end.

Rasheed maintained that it is impossible for Pakistan to recognise Israel till resolution of the Palestinian issue.

He said that opposition gatherings are campaigns to contest by-elections and it has the right to hold rallies and there will be no hurdle in the way of any long march.

The interior minister further said that all political parties should sit together and make decisions about the Senate election votes so that the process of buying and selling votes could be avoided.

On the occasion, he accused Pakistan Muslim League-Nawaz (PML-N) leader Shahbaz Sharif of paying $750,000 to the National Accountability Bureau (NAB).

“I had already predicted that they [the Opposition leaders] will not submit their resignations, and that is exactly what happened,” he said.

Sending a message to the PDM president, Rasheed said that the government is ready to participate along with Fazl in the Kashmir solidarity rally. “I respect whatever Fazlur Rehman said during PDM’s rally in Karachi,” the interior minister said.

Referencing PDM’s anti-Israel rally, Rasheed, a day earlier, had said that since the government was not taking any steps to recognise Israel, Fazlur Rehman had “wasted the people’s time by organising anti-Israel rallies”.

He added that the opposition should announce the date of the long march because the government would “not cause any impediments for them and would welcome them instead”.

Speaking about the opposition’s stance on the Senate elections, Rasheed said that “Bilawal Bhutto can bring about the no-confidence motion in the Senate a hundred times”, but he should remember that when the Pakistan People’s Party (PPP) had “66 members in the Senate, then 11 of them had gone missing”.

It should be recalled that a day ago, Rasheed had backed Bilawal’s decision of a no-confidence motion against PM Imran and had termed it “the only way to get rid of the sitting government”.

Shedding light on the country’s economic situation, the minister said that he stands by the prime minister and believes in his vision, adding that the government will control inflation within this year.