“Distorted facts are misleading for policymakers and encouraging illicit trade of cigarettes in Pakistan,” said a statement by STI 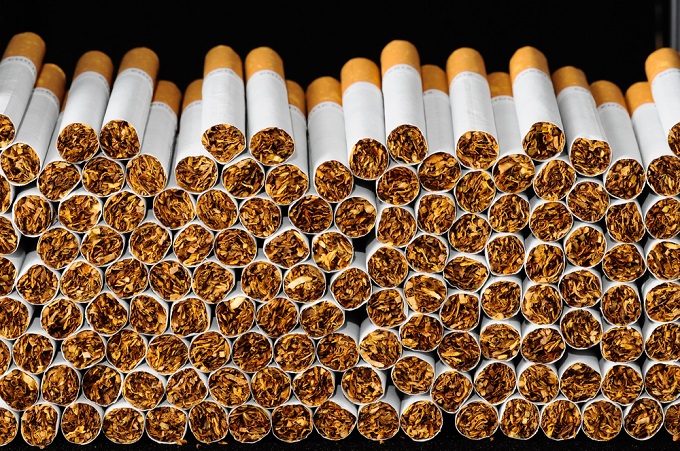 Stop Illegal Trade (SIT) Pakistan has expressed concerns over the misreporting of facts regarding the tobacco sector.

“Distorted facts are misleading for policymakers and encouraging illicit trade of cigarettes in Pakistan,” said a statement.

“Instead of raising public awareness to curb the smoking trend, few organizations are presenting misleading statistics to the government and policymakers. Surprisingly, well-known platforms for economic research and government consulting are being used in this campaign,” said Amna Saleem, the representative for SIT.

She said that the figures released by various international research institutes on the illicit sale of cigarettes in Pakistan, the position is around 30 per cent to 40 per cent. “However, on the contrary, various local bodies are presenting separate statistics on the legal and illegal sale of cigarettes in Pakistan, which is diverting the attention of policymakers from the illicit sector,” she added.

A research paper was released by the Social Development Policy Institute (SDPI). The report “Regional tobacco tax regime & its implications for health” was compiled against ground realities.

This report has used data from a study conducted by ‘Pakistan National Heart Association’ and ‘ Human Development Foundation’ to determine the volume of illicit cigarettes in Pakistan and termed it 9 per cent. It is unfortunate that a credible institute like SDPI failed to validate the numbers. The based study has only accounted for the smuggled cigarettes in Pakistan, completely ignoring the local non-complaint tax-evading illicit sector.

SDPI has also failed to identify the contradiction in the quoted study which says that around 62 per cent of the packs were priced between 30 to 60 rupees which is below the retail price prescribed under tax laws. It clearly indicates the magnitude of illicit cigarettes in Pakistan.

Amna said that it was unfortunate that the reports of national-level bodies like SDPI compromise on verification and validation of data on such sensitive issues. This is certainly going to impact decision making as it appeared to support the stance of non-compliant tax-evading illicit cigarette manufacturers.

A special report compiled last year by Harvard experts based on Pakistan Customs data found that only smuggling of cigarettes into Pakistan accounted for 20% of total sales, which is above & beyond the tax-evasion by non-compliant local manufacturers.

Former chairman FBR, Shabar Zaidi has also described cigarettes as a top item in the economic losses through illegal trade and tax evasion. According to Shabbar Zaidi, tax is being evaded on 30% of cigarettes sold in Pakistan.

According to the SIT representative, the fact brought to light by Shabbar Zaidi is enough to open the eyes of those elements who mislead the government and policymakers to downplay the economic losses of the illicit trade in cigarettes.

She said that such reports also negate the solid understanding of the Prime Minister who claimed, “Only two tobacco companies, with a market share of around 60% contribute 98% of the tobacco tax collection, whereas all other tobacco companies operating illegally contribute only 2% to the national exchequer despite having a market share of about 40%.”

Industry insiders said that inaccurate statistics about cigarettes or any other industry affect decision-making and lead to a policy that contradicts the facts, affecting both the government and investors. Further adding, every stakeholder, including advocacy and research bodies, have to play their role to highlight the menace of illicit trade in Pakistan and portray its true picture to facilitate policies to counter it.

We urge the government to scrutinize those who provided inaccurate data to influence important economic decisions so that the motives of such elements could be traced.

Stop Illegal Trade is a media advocacy forum against illegal consumer goods (counterfeit, trademark infringements, smuggling, piracy and tax evasion). The platform is strategically designed to create awareness of such illegal practices to reach the relevant stakeholders and the general public.