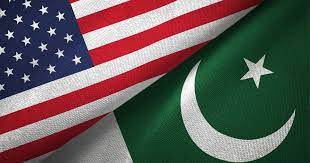 Talking to Governor of Oklahoma John Kevin Stitt in Oklahoma, he said
Pakistani community, living in the United States, is our capital and pride,
who are contributing to the development of both countries with great zeal.

He said the Pakistan community is playing the role of a bridge in bringing
the people of both countries closer.

Speaking on the occasion, Governor Kevin Stutt appreciated the role of the
Pakistani community living in the state of Oklahoma, especially
Pakistani-origin doctors and other professionals.

In the meeting, discussions were held regarding the promotion of bilateral
relations, especially the strengthening of bilateral cooperation in the
economic sectors.

It is pertinent to mention that Governor Stutt is the twenty-eighth governor
of the state of Oklahoma. He was elected governor for the first time in 2019
and for the second time in 2022.