The probe has gone awry 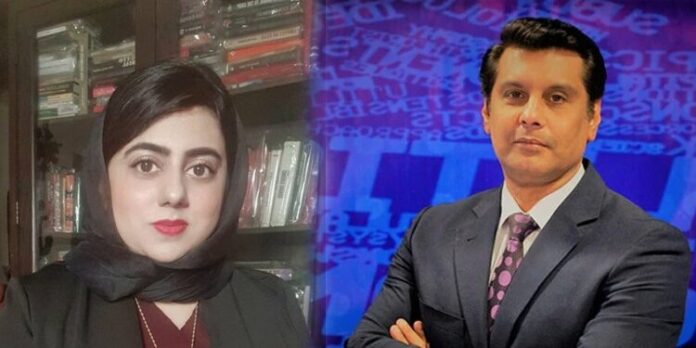 Before senior journalist Arshad Sharif’s untimely demise, he was working on an explosive investigative documentary on corruption titled Behind Closed Doors. It has been said that such investigations could be the cause of his assassination. Now the question is when Sharif is no more who would be serious enough to investigate his murder when his mother and widow seek justice? Who would explore what was behind this crime?

Sharif’s widow has written a letter to President Dr Arif Alvi, seeking a United Nations-led probe into his brutal killing. Citing “discrepancies, anomalies and contradictions” in the initial probe, Sharif’s wife, Javeria Siddique, asked the President that a UN-led investigation should be held in the case. “I, therefore, request you to help us in ensuring a through probe into Shaheed Arshad’s brutal murder by no other than a high-powered international team of experts under direct supervision of United Nations, for dispensation of justice that my shaheed husband truly deserves,” read the letter on November 17 adding, “we have not received any support from the state or the country.”

Sharif, who was living in self-exile, was killed near Kenyan capital Nairobi on October 23 after he reached there from Dubai, after he left Pakistan in August over alleged threats to his life. Kenyan police first said that Sharif was killed in a case of “mistaken identity” but since the journalist’s post-mortem and his body’s transfer to Pakistan, several Kenyan news outlets have not only questioned the police’s conduct but have raised questions over the manner in which he was killed. Kenyan Human Rights Commission’s Senior Programme Adviser Martin Mavenjina, speaking to a local news outlet, said that the murder investigation hinted at an “inside job” and that Sharif had been under surveillance for a while.

The FIA has asked Pakistan Tehreek-e-Insaf leader Murad Saeed and former federal minister Faisal Vawda to appear before FIA Headquarters on November 21 along with evidence. Murad Saeed, who served as the federal minister for communications during the PTI government, had made certain claims about who was threatening Arshad Sharif which had forced him to flee the country. On the other hand, Vawda in a press conference on Oct 26 claimed that senior journalist Arshad Sharif was shot from a close range and the conspiracy was hatched in Pakistan. Addressing an important press conference in Islamabad, the former federal minister had said that Arshad Sharif’s murder was “pre-planned” and its conspiracy was hatched in Pakistan. He claimed that he had been in contact with the journalist since the day Sharif left the country.

The government had formed an investigation team to look into the matter which had returned from Kenya, but the Kenyan police has not yet given Pakistani investigators all of Sharif’s recovered belongings. A top FIA official said it looked certain that the senior journalist was the victim of a murder plot and this was based on the evidence Pakistan had gathered so far. “We believe that the Kenya police was involved in the targeted killing of Arshad Sharif,” the senior FIA officer said. The information emerging from the Kenyan wing of the investigation is contradictory.

A transparent investigation was something that journalists throughout the world required but here the government has not reported any progress in the investigations till date. Most Pakistanis call for an independent UN probe into Sharif’s brutal murder. On the other hand, The Supreme Court needs to investigate the probe and ask the Kenyan government for more data. And if this case would get more delay in investigations, the crime would be washed away leaving no traces and seeking no justice; and then there will be no way to know who was behind Sharif’s assassination.

Some TV channels sent their correspondents to the AmmoDump shooting site in Kenya where Sharif stayed for the last time with Khurram Ahmad, the driver on the fateful night. The two host brothers, Waqar and, Khurram had assured Pakistani investigators that they will fully cooperate with the Pakistani investigation and assured to provide CCTV of the Riverside Residence penthouse where Sharif stayed for two months in Nairobi, but failed to provide anything as requested three weeks after giving assurances to Pakistan’s investigation team. The brothers have provided no assistance to Pakistan. Around 10 US instructors and US national trainees were present at AmmoDump Shooting Range on the last night of Arshad Sharif’s life who also had dinner together. A list of names and contact details of instructors and treaters who were present at the training site was also requested but not received yet. The lawyer for Waqar and Khurram had said in a statement that their clients were innocent. And this is simple. It looks as if all independent attempts to get information are met with a wall of silence.

Now amidst reports of the journalist Arshad Sharif being tortured before his death, some other piece of information came to the fore adding a statement by a PML(N) spokesperson on November 20. Tasneem Haider Shah, the PML (N) London spokesperson, levelled serious allegations against his party’s top leadership and claimed that the assassination plots against Pakistan Tehreek-e-Insaf (PTI) chief Imran Khan and slain journalist Arshad Sharif were prepared in London. Shah claimed that Nawaz Sharif had asked him to provide shooters. This can be a fake statement with political allegations but there is need to obtain more evidence to confirm all this.

A transparent investigation was something that journalists throughout the world required but here the government has not reported any progress in the investigations till date. Most Pakistanis call for an independent UN probe into Sharif’s brutal murder. On the other hand, The Supreme Court needs to investigate the probe and ask the Kenyan government for more data. And if this case would get more delay in investigations, the crime would be washed away leaving no traces and seeking no justice; and then there will be no way to know who was behind Sharif’s assassination.

Aisha Noor
Aisha Noor is a freelance writer. She can be contacted at [email protected], Twitter: @aishaz99