The Polish Missile Fiasco and the US Dual Policy 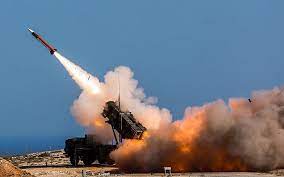 On November 25 at 1440 GMT, an S-300 missile fired on Poland fell in its village Przewodow near the Polish-Ukrainian border, killing two people. This issue was taken as a threat to state territorial integrity and sovereignty. Russia was allegedly accused by Poland of this misadventure without any conclusive evidence. An emergency meeting of G7 countries was called out during the G20 nations’ summit in Bali, Indonesia which was also attended by US president Joe Biden to discuss the situation in Poland.

Biden commented to limit the risk of a major escalation in the incident missile was likely not fired from Russia but still, the USA and its allies were determined to investigate this incident before taking any next move. The day before this incident, the USA took an initiative as its CIA Director William Burns met with his counterpart, the head of Russia’s Foreign Intelligence Service, Sergey Naryshkin, in Turkey.

Furthermore, Poland was a NATO member and it was ready to invoke article IV of NATO which allows the consultation of the member states when a nation’s sovereignty and territorial integrity has been threatened. This attack was taken by the West as a spillover effect of the Russia-Ukraine war into a third country. Moreover, there was also confusion among western allies about whether the missile was fired from Ukraine or Russia. However, they were assured that if it is fired from Ukraine then it is unintentional and if Russia is involved then it is an escalation. On the other hand, Russia denied the involvement and slammed the accusation by Poland as a deliberate provocation. Later on, the investigations confirmed that the missile was fired from Ukraine.

The comparative analysis of this Poland missile saga with the BrahMos Missile incident highlights the dual policy of the USA. The BrahMos Missile was fired by India on Pakistan on March 9, both are nuclear-armed states with a history of animosity.

Even though the incident was not taken that earnestly by the West. The BrahMos missile was a high-speed, supersonic, nuclear-capable missile. It threatened the strategic stability of South Asia. The security, territorial integrity and sovereignty of Pakistan were also threatened by the incident.

The unequivocal and unjust support of the USA to India’s strategic blunders for sake of geostrategic interest vis-à-vis China will further heighten India’s assumed sense of supremacy and threaten the strategic stability of South Asia. Furthermore, it also questions the legitimacy of the USA as the sole sponsor of a rule-based international order. Power politics overruled idealism for the USA.

India claimed it was an accidental firing which instigated fear in the region as if it happened again the next target could be any other state, it could be India itself too. Dr. Asma Shakir Khawaja highlighted the concerns about the strategic stability of the region by raising the question: “is India “deliberately” trying to establish a new norm of accidental fire in South Asia?” It would not be beneficial for any state and region as a whole. Pakistan raised concerns about this missile misadventure and demanded a thorough and transparent investigation from India and registered a protest against this fiasco calling it an irresponsible incident.

The USA maintained a cautious but conspicuous silence on this incident and six days after the pinnacle the statement it issued endorsed India’s stance. The recent missile saga in Poland highlights the dual policy of the West. Only those security breaches concerned the USA which lie on the opposite side of their geostrategic equation. The Poland missile incident was of their concern given its geostrategic utility vis-à-vis Russia, so they were vocal about the incident and demanded a thorough investigation of the incident. Contrary to this, the Brahmos Missile incident was a nuclear safety and security breach by India. Though the USA integrated deterrence approach in the South Asian region revolves around India as its key ally, they remained unperturbed by this profound precariousness associated with the Brahmos fiasco by India. Their strategic blunders are brushed under the carpet.

The unequivocal and unjust support of the USA to India’s strategic blunders for sake of geostrategic interest vis-à-vis China will further heighten India’s assumed sense of supremacy and threaten the strategic stability of South Asia. Furthermore, it also questions the legitimacy of the USA as the sole sponsor of a rule-based international order. Power politics overruled idealism for the USA.