Need not be mutually exclusive 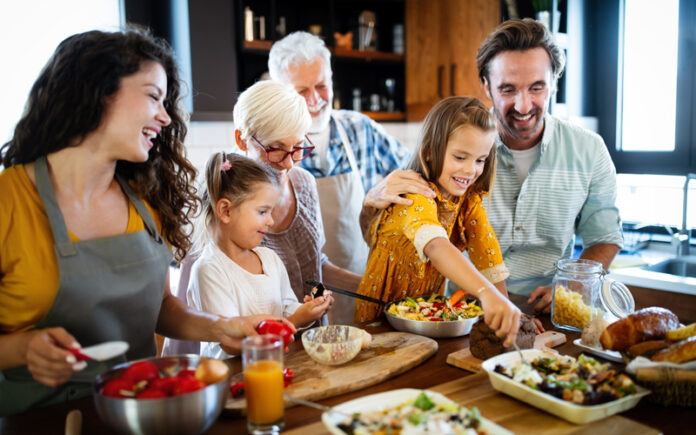 On our way to their school the other morning, my children were having a spirited argument about eating meat. My son was of the view that there was absolutely nothing wrong with it, while my daughter was passionately pleading the vegan position. I could not help feeling that I had heard the debate countless times, with the same reasoning rehearsed by either side, neither party being particularly impressed with the arguments of the other. Although the urge to chip in with my own wisdom was all but insurmountable, I kept my thoughts strictly to myself. We arrived at the school before any resolution to the conflict could be reached. This was to be expected because issues such as this can be debated till kingdom come without any semblance of settlement, whereas it only takes a 45-minute-drive for us to reach school.

What is common in all philosophies and -isms that come under the broader umbrella of Humanism is the belief that human beings need nothing more than their own rationality to not only figure out the goals of their lives but also to resolve any problems that they encounter in the process of achieving those goals. In the Humanist’s scheme of things then, there is absolutely no room for revelation or any belief in the supernatural. Opposed to this, of course, is the position that while reason is indispensable in so many ways, there are fundamental questions for the answers to which the human mind simply lacks the requisite tools. That when it comes to the really fundamental questions, reasoning alone will only take man so far. For one cannot figure those out without relying on revelation. It is not that their answers are beyond reason, but that they are beyond reasoning– a crucial distinction that usually goes unappreciated.

The major claim of Humanism– that human beings are qualified to solve all their issues without any supernatural input– no doubt sounds mighty impressive. In practice however, humanism rarely lives up to this claim. Take the issue of crime and punishment. The human history is a long series of vacillation between one end of the spectrum (extreme strictness) to the other (extreme leniency); that is, from a mentality advocating making an example of even moderately unwholesome behaviour to a spirit of tolerance, reform and rehabilitation, no matter how heinous the crime.

Humanists pride themselves on requiring no supernatural input to deal with the problems life has to offer. For academic/professional philosophers whose business it is to write unreadable books, such a premise is very attractive. For armchair/internet philosophers, who are not famous for worrying too much about matters of consistency, it is an absolute godsend.

On the death penalty, for example, there are two clashing views prevailing simultaneously in different parts of the world as we speak; in a notable case even inside the same country. Both sides have plenty of arguments at their disposal without there being any basis to settle the issue. Given the fundamental nature of the problem and the arbitrary nature of both ‘solutions’ put forth by the Humanists, one should not be the least bit surprised if 100 years down the line the regions of the world currently for the death penalty have turned against it and vice versa.

The Quran makes a clear distinction between two forms of knowledge. When it comes to facts in the empirical domain, it encourage – nay exhorts– its followers to observe, experiment, verify, and figure out how the world around them behaves. But at the same time, it warns them not to waste their efforts in trying to figure out things they are simply not equipped to work out. For the Muslim then, it is not a matter of reason or revelation, or reason versus revelation– it is not a boxing match! Instead, his body of knowledge is composed of elements of both.

On the subject of eating meat, of course the Muslim knows that he must never be cruel to animals, but it is quite enough for him that God has declared animal meat to be a legitimate source of nourishment for him. Whatever else he may be accused of when it comes to answers to such fundamental questions, he cannot be accused of inconsistency because when the chain of ‘Why this?’ and ‘Why that?’ is exhausted and he arrives at the level of the fundamental question, his final answer is always based in revealed knowledge.

The problem with veganism, vegetarianism, and similar feel-good philosophies is that they cannot be lived if one wants to be consistent. Where does one draw the line, for example? Is killing rabbits all right? What about mosquitos? If yes, is it so because human health, even comfort and prosperity, is more important than mosquitos? If so, how does one reach this conclusion? (No disrespect to humanists, it is not hard to imagine philosopher mosquitoes who happen to be the flagbearers of Mosquito-ism concluding that mosquitos have the solution to all their problems and they do not need any help from any quarters.) Be that as it may, if killing mosquitos is kosher, why is it not ok to slaughter animals for food?

Humanists pride themselves on requiring no supernatural input to deal with the problems life has to offer. For academic/professional philosophers whose business it is to write unreadable books, such a premise is very attractive. For armchair/internet philosophers, who are not famous for worrying too much about matters of consistency, it is an absolute godsend. For the likes of Hollywood millionaires, whose extravagant lives revolve around consumption, consumption and more consumption, such philosophies provide crucial reassurance that they are an undeniable boon to the world.

If one’s credentials as a humane and environmentally conscious soul can be established merely by avoiding meat and by driving luxury electric/hybrid cars, one can hardly hope for a better deal than that. For the thoughtful man, however, who, unlike the aforementioned demographics, must live his life with his feet firmly on the ground, any philosophy that cannot be consistently put into practice is a non-starter.

Returning to the meat-eating issue, the perceptive reader would have noticed which side of the divide I have a tilt towards. He may also be wondering why I had refrained from voicing my opinion when my son and daughter were going at it hammer and tongs on our way to their school. The reason is extremely simple: I am way too scared of my daughter to risk offending her.