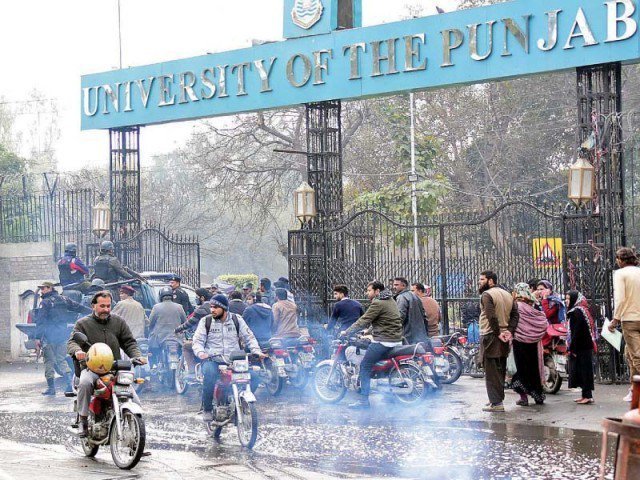 LAHORE: The faculty members attended the General Body Meeting of the Punjab University Academic Association (PU-ASA) which was held on Thursday at the New Campus Undergraduate Block.

Prof Dr Muhammad Azhar Naeem presided over the meeting and Dr Amjad Magsi anchored the proceedings. The academics raised serious concerns about the deteriorating financial, academic, and security situation at the university. They were of the view that the policies of the administration have affected the university’s interests over the past four years. The hasty and persons-specific restructuring and expansion have actually spoiled the university’s resources and created deep disbelief in the community. In the name of the creation of a Medical College and a hospital, millions of rupees were collected from the different colleges and departments of the university.

The faculty is clueless about its utilisation. It was demanded to return the said amount.

Due to the wrong policies, the security situation of the hostels has worsened and the violence among the rival student groups has become a routine matter. Moreover, to oblige the blue-eyed officials, the selection process has been biased, partial and against transparency. The facilities available to the community earlier have been compromised and the teachers are facing an unusual situation at the health centre where even life-saving drugs are rarely found. The graveyard of the university is not even safe and the graves are being desanctified.

The community demanded strict action against those who are responsible for the act. The faculty members further demanded the grant of a 15 percent Special Disparity Allowance to all grades of the University Faculty and Staff. They demanded a 44% increase in the House Requisition to all the faculty and staff.

The faculty demanded their genuine rights and asked the administration to act upon the agreement done between the Deans and the ASA in May this year and no progress in this regard is seen.

They demanded a uniform service structure for the faculty of Public Sector Universities and asked HEC Pakistan to resolve the long-standing issues of BPS faculty at the earliest. The BPS faculty is facing grave disparity in the service promotion process and salary structures. The faculty also demanded from HEC and Government for granting time Scale Promotion to the University Teachers.

It was also demanded the appointment of a regular Vice-Chancellor. The appointment process of the Vice Chancellor must be transparent, according to merit and a level playing field be provided to all candidates.