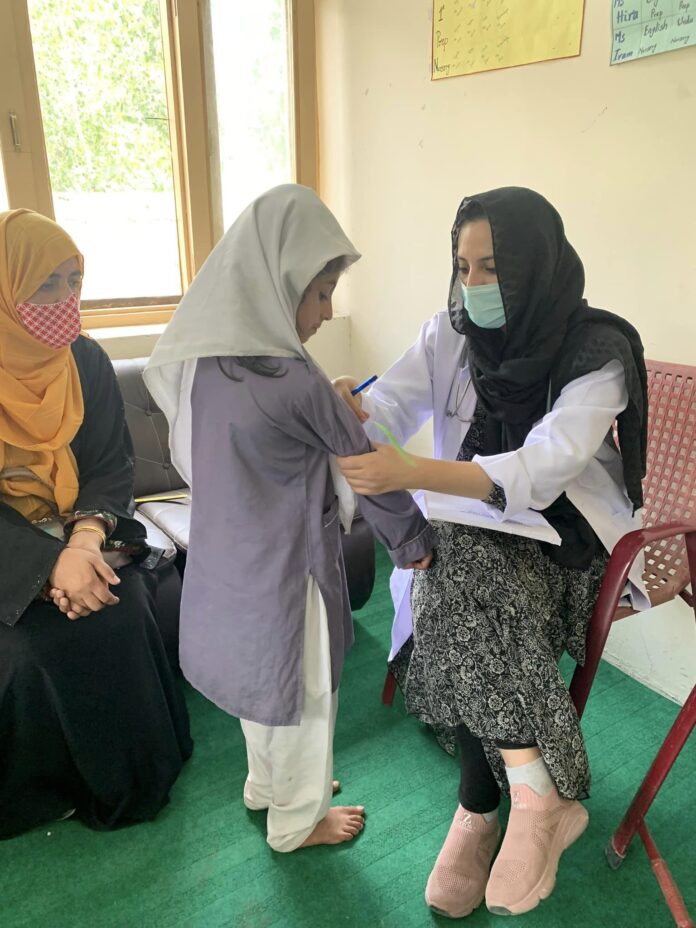 GILGIT: A large proportion of the children enrolled in primary schools in Parri Bangla village, situated 28 kilometres from Gilgit city, were found affected by acute food insecurity, the office of the chief secretary of the Gilgit-Baltistan region said, quoting the civil servant who termed the condition of students “concerning”.

“The state of affairs regarding the standard of education and the condition of our children was concerning,” Mohyuddin Ahmad Wani said.

“Many students appeared malnourished and unhealthy.”

While Pakistan has become a food surplus country and a major producer of wheat which it also distributes to needy populations through various mechanisms, including the World Food Programme (WFP), the National Nutrition Survey 2018 showed that 36.9 percent of the population faces food insecurity.

Primarily, this is due to limited economic access by the poorest and most vulnerable group of the population — particularly women — to an adequate and diverse diet.

According to his office, Wani took stern notice of the health conditions of the students and sent his personal staff officer (PSO), Ameer Taimoor, to the venue, accompanied by a team of medical specialists and members of a local welfare group, Allah Walay Trust.

Dedicated medical camps were set up at two public schools in Parri Bangla. There, vision, body mass index (BMI) and overall welbeing of children were checked. Instances of weak eyesight and malnourishment were found prevalent in students. Contagious diseases such as mumps were also discovered.

A doctor at one of the camps notice that had it not been for the health facilities, it would have gone unnoticed and put health of other students at stake.

In addition, a free meals programme, called the School Meals Programme, was extended to the girls’ school of Parri Bangla.

“Hygienic lunch as per nutritional needs of our children was provided to all students. The joy and happiness on their faces were evident,” Wani said. “We believe a full stomach is important for a healthy mind, and it’s our duty to improve learning conditions for our students.”

The chief secretary further said he intended to reach every school of the province.