NAB was used only to settle political scores 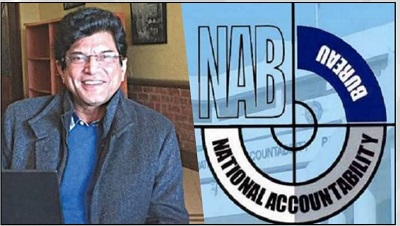 Maryam Nawaz is very fortunate that she had seen her acquittal in a case that the National Accountability Bureau (NAB) fabricated against her. Retired brigadier Asad Munir, was not so fortunate and his daughter had to wait till his third death anniversary to read the news of the acquittal of her late innocent father who committed suicide after being cruelly persecuted by NAB. He was a simple soul having a small family and a soft heart, so he could not survive the character assassination that followed his arrest in a case where the powerful and artful got pre-arrest bails and lived normal lives and placed all allegations on the shoulders of Asad Munir.

A promising military official who also served as sector commander in the prime intelligence agency in Peshawar took his life on 16 March 2019, and left a letter pleading his innocence. On 22 March 2022, he was found “not guilty” by the court that observed the case against Asad Munir was fabricated and baseless.

People who knew Asad Munir personally say that dejected by humiliation for a crime he never committed, Asad Munir psychologically died several times before his physical death. They believe he did every time when he had to parade handcuffed before the media, where once again he would be subjected to an intense media trial by media trained in abusing everybody whosoever was facing “fair play and justice” under the desires of the then Prime Minister Imran Khan who was doing a “jihad” against chor (thieves) and corrupt.

On 14 March 2019, Asad Munir wrote a letter to the then Chief Justice of Pakistan, Mr Justice Asif Khosa, pleading his innocence and stating that he (Asad Munir) was being driven to take his own life. He only asked the CJP to see that no one else was meted out the humiliation that he was made to undergo. Driven by despair and anger at being gravely insulted, the very next morning, he hung himself.

In the same month when NAB clamped Asad Munir in a fabricated case, (December 2018), a former chief executive officer (CEO) of the University of Sargodha’s Lahore campus Prof Mian Javed Ahmed, who was in Camp Jail in connection with a NAB inquiry, died in prison reportedly of cardiac arrest. According to jail authorities, he had a heart attack and was moved to the hospital while doctors at Services Hospital Lahore confirmed that Mian Javed was “received dead” by doctors. The family of the deceased held NAB and jail authorities responsible for his death stating that the health condition of Mian Javed Ahmed was not well and he could not survive the humiliation he had been facing by the media and the NAB authorities.

In Pakistan justice is mostly delayed therefore is mostly denied and you can find thousands of articles criticizing the judicial system of Pakistan. There are thousands of recommendations stored in the iron cabinets of the Ministry of Law for reform of the judicial system and almost every government (civil and military, martial laws) promised Judicial Reforms nothing has been done so far and we are using century-old the Code of Criminal Procedure (CrPc) introduced by British Raj in 1898. Yes, we had cosmetic changes but are afraid of drastic changes it requires to ensure justice for the weak and poor in our society.

When an objectionable video of Chairman NAB Javed Iqbal was leaked by a woman named Tayyaba, I thought that nature had carried out its justice and now Chairman NAB was for it, but I was mistaken and he completed his tenure even two years after the video leaks and no action has taken against him so far.

It may be remembered that Tayyaba had lodged a complaint with Pakistan Citizen Portal (PCP) alleging that the then chairman NAB was harassing her and her family because she refused to please him. She claimed that she had recorded several videos and audio recordings against him. No action was taken against Chairman NAB, no inquiry was conducted and nothing has happened in this case though Chairman NAB is retired from his post.  In June 2022, Tayyaba appeared before the Public Accounts Committee of Parliament where she submitted alleged audio and videos. Chairman NAB may or may not be involved in harassing Tayyaba but only an impartial inquiry can decide the facts and truth.

The working of NAB had been criticized even by courts and several laws of NAB were changed to curtail the highhandedness of NAB but no political party shows willingness and moral strength to disband an institution that had reportedly been used for political engineering since its inception. This institution was allegedly responsible for arm-twisting of politicians, harassing bureaucrats and civil officers, and thousands of people who had been victims whose lives were ruined for years, and then the courts acquitted them because they were found innocent. However, no action has ever been taken against NAB officials for fabricating cases against innocent people. “You are guilty unless you prove that you are not” is the most ruthless propositions that was the basis of the NAB ordinance.

After the acquittal of Maryam Nawaz PTI narrative builders are of the view that her acquittal is politically motivated, forgetting that PTI had been in power from 2018 to 2022 but NAB prosecutors failed to produce any tangible and credible proof against her for any wrongdoing in the Avenfield Apartments purchase etc. She was jailed and harassed and her media trial continues even today at a high pitch.

In Pakistan justice is mostly delayed therefore is mostly denied and you can find thousands of articles criticizing the judicial system of Pakistan. There are thousands of recommendations stored in the iron cabinets of the Ministry of Law for reform of the judicial system and almost every government (civil and military, martial laws) promised Judicial Reforms nothing has been done so far and we are using century-old the Code of Criminal Procedure (CrPc) introduced by British Raj in 1898. Yes, we had cosmetic changes but are afraid of drastic changes it requires to ensure justice for the weak and poor in our society.

I am not discussing here the lacunas and ills of the judicial system and what reforms are needed to ensure justice for the common man of the country. I am just discussing NAB which is based on a new kind of incorrect principle of “burden of proof” in which the accused has to prove that the accused is not guilty. In the classical (normal) judicial system the burden of proving the guilt of the defendant lies on the prosecution, which must prove the particulars of the offence beyond reasonable doubt but NAB laws are otherwise.

According to my understanding, the NAB laws are influenced by the early stage of the Roman justice system that was founded in 753 BCE. Roman Law went through many stages. The first stage was based on the principle of “personality”. This stage is called jus civile (civil law) where the law of the state applied only to its citizens and foreigners had no rights unless protected by some treaty between their state and Rome. Foreigners could be seized like ownerless pieces of property by any Roman. In NAB laws every common Pakistani is a “foreigner” of Roman Law and citizens are only those who are powerful and who operate the system.

By the middle of the 3rd century BCE another type of law, jus gentium (law of nations), was developed by the Romans to be applied both to themselves and to foreigners for granting legal cover to foreigners. I hope that our stage of jus gentium will come before the end of the 21st century.