PM used the visit to push for flood relief 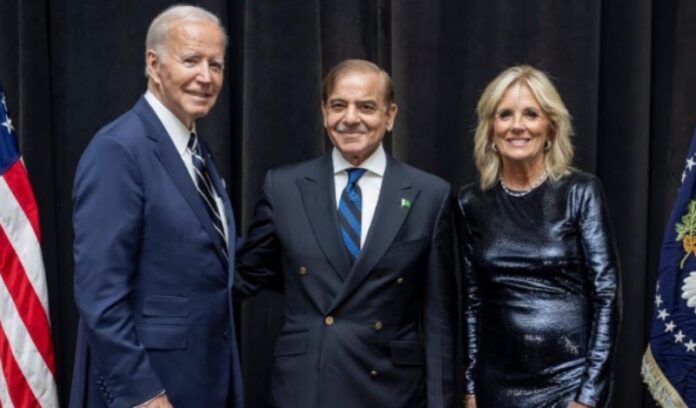 The United Nations General Assembly (UNGA) ‘s 77th session commenced in New York on September 20 and continued for a week till September 26. More than 140 heads of state, heads of government and state representatives were there to participate in the UNGA deliberations as a number of heads of state and government addressed the forum deliberating on matters of bilateral and international interests and concerns.

Pakistan was represented at the UNGA this time by Prime Minister Muhmmad Shehbaz Sharif, this being his first visit there ever since he assumed power in April 2022. The Prime Minister was accompanied by Defence Minister Khawaja Mohammad Asif, Foreign Minister Bilawal Bhutto Zardari, Minister of State for Foreign Affairs Hina Rabbani Khar, and Federal Minister for Information and Broadcasting Marriyum Aurangzeb, among others.

The Prime Minister addressed  the UNGA as scheduled on September 23 and put forth Pakistan’s case quite convincingly and strongly  while highlighting  the plight and miseries of the large number of people affected by unprecedented flash floods and heaviest rains, plainly telling that  the massive devastation and destruction in not parts of the country due to  floods and  rains was the most adverse impact of the climate change, ongoing relief and rehabilitation efforts while one third of the country still was under flood water according to the country’ s available limited resources, and emphatically called for continued excessive flow of relief goods for the floods victims from friendly countries and international humanitarian organizations.

Planes loads of relief goods from more and more countries were landing every other day at Islamabad and Karachi Airports quite frequently but Pakistan needed much more help and assistance from the international community and organizations for continuing massive relief, rehabilitation and reconstruction of the infrastructure in the flood-hit areas and also saving the flood-hit people from onrushing winter season. The Prime Minister said quite rightly that the flood-affected people were now exposed to epidemics arising from waterborne diseases and they also needed medicines for recovering from these killing diseases.

The UNGA was told that more than 30 million people, including women and children, have perished in the heaviest ever rains, and floods’ onrushing water which had washed away large number of villages, demolished and destroyed thousands of houses and massively uprooting trees and infrastructure facilities in all the four provinces, but mostly in Sindh and Balochistan.

The prime minister, who was visiting flood-hit areas across the country, could have avoided going to New York and addressed the UNGA session virtually but then he would not have got the opportunity to interact with large number of world leaders at the UNGA as he did during his stay there. He should keep these good, positive and profitable activities going on in the right direction for the welfare and well-being of the people at large without any political or other considerations and working for a stable national economy.

Pakistan was paying heavy price for the doings of the developed countries in the context of emission of gas causing global warming, the Prime Minister said, warning the world at large that if nothing was done in concrete terms then the global warming menace would not remain confined to his country and move onwards to other countries sooner or later.

While dilating on his country’s relations with other countries, Shehbaz quite rightly pointed out that Pakistan was a peace loving country and believed in having cordial good relations with all countries, particularly its neighbours, including India.

Offering the olive branch to India, the Prime Minister went on to say  there can be no durable peace and stability in the region unless the lingering Kashmir dispute was resolved peacefully in accordance with UN Security Council  resolutions by granting the birthright of self-determination to the oppressed, suppressed and struggling people of Indian Illegally Occupied Jammu and Kashmir as huge occupying Indian security forces are continuing their brutalities and atrocities and killing innocent unarmed Kashmiri youth every day . The Prime Minister further pointedly stated that India should reverse its unilateral action of 5 August 2019  ending special status of the occupied territory and  continuously persisting with measures to change demography of occupied Jammu and Kashmir in an attempt to turn the4 Muslim majority into a minority by issuing millions of fake domicile certificates .to Hindus and settling the  them there in flagrant violations of all international laws .

While discussing the emerging menace of Islamophobia .in India and other countries around the world, the prime minister pointedly and quite emphatically stated that officially sponsored campaign of oppression against India’s 200 million Mulsims was the worst manifestation  of state terrorism being undertaken by Indian government in furthrance of Islamphobia.The world body and its member states should take concrete measures to combat Islamphobia and promote interfaith harmony as the UNGA had only early  this year had adopted a resolution which was moved by Pakistan with suport of oter Islamic countries declarng March 15 as the International Day to  Combat Islamophobia, the UNGA forum was rightly reminded .

As regards Afghanistan, the prime minister said that peace and stability in Pakistan was linked with durable and lasting peace and securing in neighbouring Afghanistan, so all should join hands with Pakistan to avoiding another civil war, rising terrorism, dug trafficking or flow of new Afghan refugees in neighbouring countries. While calling for immediate release of the frozen funds of Afghanistan, he went on to call for greater humanitarian assistance to the people of Afghanistan helping them to avert looming threats of hunger and health crisis. The UNGA was further told that isolating the Afghan interim government could only add to the suffering of Afghan people who are already destitute and that Pakistan was engaged in encouraging due respect for the rights of Afghan girls and women to education and work.

It is worth mentioning here pointedly that the prime minister was there in New York for five days on hi maiden visit for addressing UNGA and availed the opportunity to interact face to face with number of heads of state and of government who were gathered for the UNGA session and apprised them about  the havoc which heavy floods and rains had wreaked on a large number of people in Pakistan, urging and exhorting them for more and more help and assistance  for relief, rehabilitation  of the large number of people rendered homeless  by unprecedented rains and floods caused by heat wave ,overcoming huge losses to the standing crops and reconstruction of massively destroyed and uprooted infrastructure in flood- and rains-hit areas as early as possible.

It was good to note that the heads of state and of government, as well as chiefs of international financial and humanitarian institutions  and organizations, with whom the prime minister interacted on the sidelines of the UNG, expressed their sympathies and solidarity with flood-hit people, assured in most cases  of their assistance for helping in relief and rehabilitation of  the suffering people and infrastructure facilities  reconstruction and also for economic stability to the maximum extent possible in quite positive and appreciable manner.

The prime minister’s maiden visit can easily be termed as quite successful, productive and result-oriented despite it being his first visit there.

The prime minister, who was visiting flood-hit areas across the country, could have avoided going to New York and addressed the UNGA session virtually but then he would not have got the opportunity to interact with large number of world leaders at the UNGA as he did during his stay there. He should keep these good, positive and profitable activities going on in the right direction for the welfare and well-being of the people at large without any political or other considerations and working for a stable national economy.