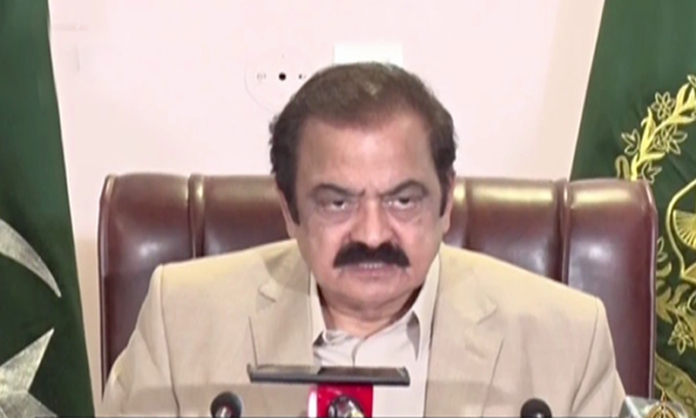 KARACHI: Interior Minister Rana Sanaullah, after meeting with the Muttahida Qoumi Movement Pakistan (MQM-P) leaders on Tuesday, said that the MQM-P leadership is disheartened and demotivated, and their grievances need to be addressed.

Missing persons is a subject which causes humiliation to Pakistan on international platforms. Many international organizations question us regarding the missing person situation. Rana claimed that the government would do anything in their power to resolve the issue, he added.

The Interior Minister said that the State is responsible for any missing person in the country. The suffering of missing persons’ families is worse than death, he added.

Talking about the speculations about the reemergence of the Taliban in Swat, the Interior Minister said that the news is fake. Our security officials are on alert, and are performing operations on a daily basis, he added.