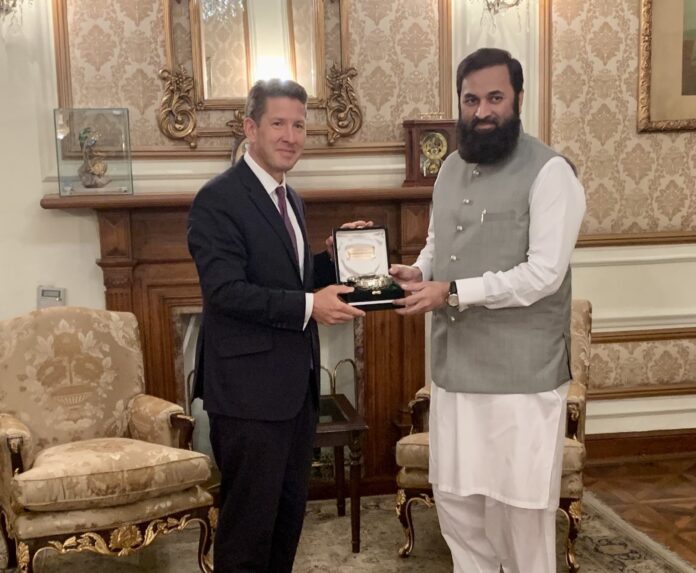 LAHORE: Christian Turner, British high commissioner in Pakistan, called on Baligh ur-Rehman, the governor of Punjab, at his palatial official residence in Lahore on Wednesday and discussed flood situation, environment and promotion of bilateral trade.

The governor thanked the diplomat for expressing solidarity with the victims of unprecedented floods. “The prime minister of Pakistan is taking all the institutions and provinces along for the aid disbursement and rehabilitation of the affected people,” he added.

“Shehbaz Sharif is visiting the damaged areas in far-flung places, and has allocated huge sums for the rehabilitation of the victims,” he said.

The governor also thanked the United Kingdom for the announcement of aid for the flood victims.

He also welcomed the announcement of concessions for Pakistan’s exports under Britain’s Developing Countries Trading Scheme (DCTS) which will come into effect in early 2023.

On the occasion, Turner appreciated the initiative of forming a consortium on the environment in the universities across Punjab.

ISLAMABAD: National Transmission & Despatch Company (NTDC) has devised a plan to generate power with cheap fuels during the next ten years and forwarded...
Read more
NATIONAL

ISLAMABAD: Prime Minister Shehbaz Sharif on Monday returned to the country after concluding his visit to New York and London in a special plane. Ishaq...
Read more
- Advertisment -

September 27, 2022
DOHA: China announced it will give Qatar two giant pandas to mark the World Cup being held in the Gulf state. China's ambassador to Doha,...