What no military can wink at 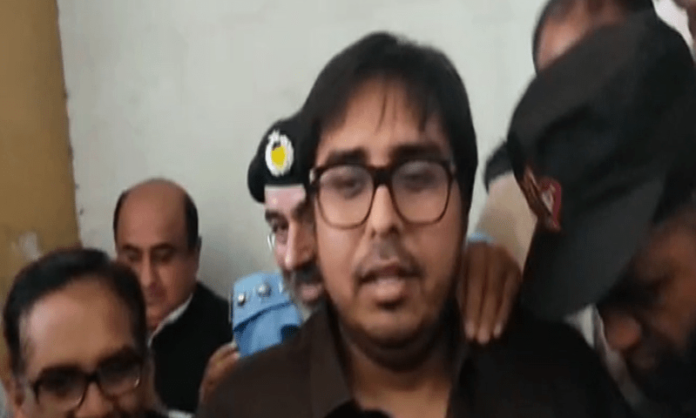 Dr Shehbaz Gill might or might not like the comparison, but he is in jail on the same charge as Maulana Muhammad Ali Jauhar. However, though both were arrested for the crime of inciting members of the armed forces to break their loyalty, the purposes are very different. Even though the Army has changed, it seems, the same red line is still not to be crossed.

The medium is also different. The Ali Brothers were accused of using the printing press, and to seduce Muslim soldiers from their loyalty by distributing a pamphlet among them, asking them to refused to take part in the occupation of Iraq. Gill is accused of having made remarks on a TV channel, in which he is reported to have incited soldiers to stop obeying their seniors.

Perhaps the main reason was that the Ali Brothers were already involved in the Caliphate, and they had earlier been involved in the sending of a medical mission to the Ottoman Empire, the famous Ansari Medical Mission, on the occasion of the third Balkan War. Though it was the First World War which caused it to collapse, it should not be forgotten that Turkey had already been at war for several years, in the process losing much of her European territory, when it entered in 1915.

At the end of World War I, the Ottoman Empire was occupied, and its lands parcelled out. Among other thangs, Iraq was given to the British, and it was proposed to garrison it with the RAF and Indian troops. The proposal to use Indian troops caused fury among pro-Caliphate circles, like the Ali Brothers, who pointed out that Indian troops would contain Muslims. The pamphlet the Ali Brothers distributed argued that occupying the lands of the Caliph was illegal for Muslims.

At this point, the Caliphate had not yet been abolished, and while the Sultanate was heading for abolition, there was some hope that the Caliphate would be preserved, and perhaps a state given it, containing Makkah and Madinah, somewhat on the lines of the Vatican City, with the Caliph as a sort of Muslim Pope.

The support for the PTI within the military is like that of the post-World War I soldier for the British: predicated on not clashing with the loyalty to the institution. It was apparently OK for loyalty to both PTI and the military to exist when there was no contradiction. But what if there is? Dr Gill has posed the question, but it seems no one likes the answer.

The Muslims of India had come late to the Caliphate, and it was only after the abolition of the Mughal Sultanate that the Muslims of India began reciting the name of the Ottoman Sultan in the Friday sermons. Though the Uslmanli Sultan had obtained the Caliphate in the 16th century after the conquest of Egypt, from the Abbassid holder of the title, who had fled there after the Mongol conquest of Baghdad in 1258, it was only now that it began to be used extensively.

Apart from the desire to avoid trouble with their Muslim soldiers, the Raj at the time vhad some other problems. First was the fear, virtually paranoia, about another mutiny. There were two theological measures used. One was provided by Mirza Ghulam Ahmad, who declared jihad against the British forbidden. The other was provided by the ulema who pronounced that the British were ullil amr (those in authority), and therefore it was forbidden to fight against them.

Another problem the British had was getting troops to agree to serve overseas. This was not really a Muslim problem, but a Hindu one. Hindu troops worried that sailing meant they would lose caste. This had been a major problem when the Raj tried to use Indian troops in the Anglo-Buma Wars of the 19th century. The troops were used, but at a cost of bother.

The Raj had only recently faced an awful bureaucratic battle between the Viceroy, Lord Curzon, and the Commander-in-Chief over the composition of the Viceroy’s Council. It was a battle over civilian supremacy, and here was an early indication that the Army in India had diverged in thought from the British Army, and saw a role for itself over and above acting as a sort of police force to keep the natives under control.

The Ali Brothers were not merely fighting to keep the Ottoman Caliphate going, but were actually trying to prevent the abolition of an institution that was then older than any other institution in the world, other than that of the Japanese Emperor. Dr Gill, on the other hand, is actually trying to revive a period of rule that started three years ago.

It is also worth noting that the role of the military has changed, and the implications of incitement to rebellion are very different. In the Army which the Ali Brothers were addressing, the highest rank to which an Indian could rise was subedar-major or risaldar-major, while favoured individuals could be granted honorary lieutenancies and captaincies. Rebellion might mean another Mutiny, something the Raj managed to avoid until it left . (And the role of the 1946 Naval Mutiny in the British departure from India is underestimated.)

Though the Army in India did jockey for position, it never really aspired to supreme power, something which the Pakistan Army tried for. Whereas any army regards with huge disfavour any attempt to suborn loyalties, because cohesion as a combat unit demands obedience to orders, if one of the organisational goals is the ability to carry out a coup, that breaking of bonds in a threat.

Another danger implicit in the weakening of those disciplinary bonds is something the Pakistan Army has avoided so far: a colonels’ coup, one carried out by relatively junior officers, a phenomenon which has been the bane of postcolonial Africa. Another possibility, one which Pakistan has so far avoided, but which has occurred in Africa, most notably in Nigeria, is that of the division of the Army, providing both sides in a civil war with readymade armies.

Dr Gill may well be the star of PTI chief Imran Khan’s claim that someone was trying to get the Army and the PTI to fight with each other, but this incident was clearly trouble after the Corps Commander Quetta incident, when the memory of Army martyrs was smeared. Dr Gill is not associated with this disrespect, but his statement came after that, making it seem that the PTI made its attempt at incitement after the unfavourable reaction to its campaign involving the Quetta martyrs was known.

It might be an irony of fate, but Dr Gill was one of those who apparently rushed in where angels feared to tread. It is said that another PTI stalwart, Fawad Chaudhry, was briefed to make a statement on this subject, but promptly disappeared. He is the great-grandson of Subedar-Major Ch Shahbaz Hussain, and as the son of an old military family, proved too canny to rile up sentiment that way.

The support for the PTI within the military is like that of the post-World War I soldier for the British: predicated on not clashing with the loyalty to the institution. It was apparently OK for loyalty to both PTI and the military to exist when there was no contradiction. But what if there is? Dr Gill has posed the question, but it seems no one likes the answer.

October 7, 2022
NEW DELHI: At least 26 people have been confirmed dead after an avalanche struck climbers in the Indian Himalayas, officials said Friday, with bad...