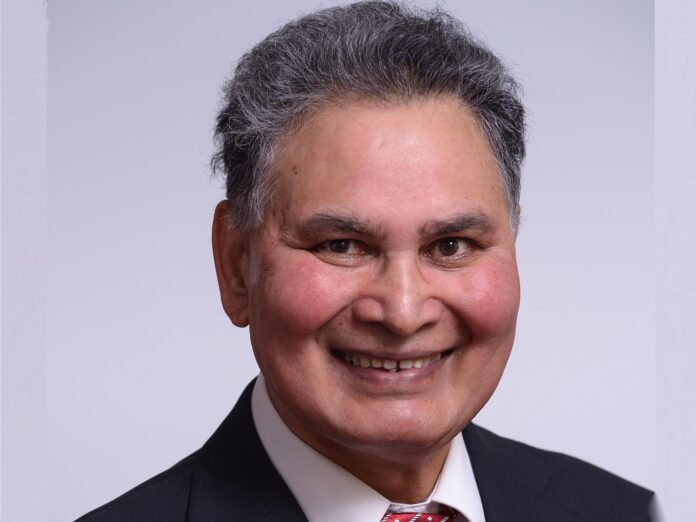 ISLAMABAD: Renowned overseas Pakistani politician, educationist and former Mayor of Rugby, Cllr Dr James Shera, Sitar-e-Pakistan and MBE has been awarded Hilal-e-Quaid-i- Azam on the occasion of the diamond jubilee of independence of Pakistan.

The award is another feather in the cap of Dr Shera who has won various awards for his outstanding services in the fields of politics, interfaith harmony, community cohesion, education and health.

Earlier, Dr Shera received Sitar-e-Pakistan, Member of British Empire (MBE), distinguished Formanite Award on the occasion of the 150th anniversary of the Forman Christian College University and honorary degrees of doctorate from the University of Bedfordshire and FC College University. Dr Shera was elected Mayor of Rugby in 1988, the first ever Pakistani to become a Mayor. He has a wide range of honours on his credit to make Pakistanis in Britain proud of their heritage.

Dr Shera, on the occasion, said that he was proud of being Pakistani and British and cherishes serving the community irrespective of ethnicity and religion. He had served as governor on the boards of two British Universities, Coventry University and Newman University Birmingham, and had been governor of Warwickshire college, which is a consortium of five colleges, for seven years.

He also served as Chair Overview and Scrutiny Board, Rugby Borough Council, 2010 to 2014. Dr Shera says that his foremost objective always remained service to the community without any discrimination. Dr Shera attributes this honour to his efforts to build bridges between the communities.

The prestigious honour of “Freeman of the Borough of Rugby” was conferred on Cllr Dr James Shera by the Rugby Borough Council in recognition of his eminent services to the people of Rugby, championing equality and diversity at the national and international level over many years; politically, socially and culturally, with total commitment.

In recognition of his campaigns as chair of the council of fellows of Warwickshire College, a road has been named in Rugby as ‘James Shera Way’ making him the only living person and the first Pakistani to enjoy this honour. He was conferred with an honorary Doctor of Business and Administration by the University of Bedfordshire in 2010.

Dr Shera remained leader of the Labour Group in Rugby from 2005 to 2022. In 2014 Cllr. Shera made a record by getting elected as a councillor for the 10th consecutive term, from Benn Ward of Rugby Council, a ward from where he has been continuously contesting and winning elections since 1981.