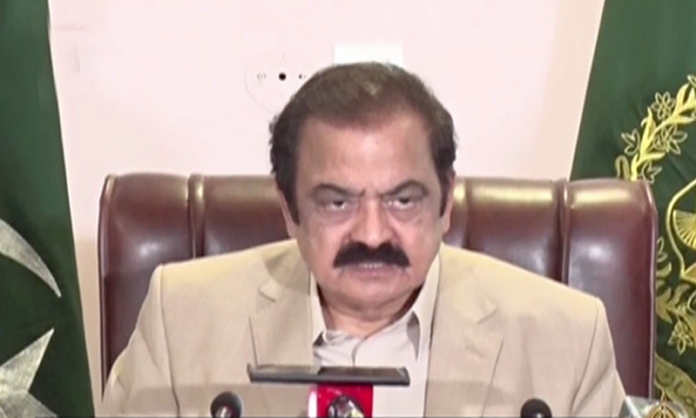 Talking to private news channel, he said election commission in its verdict has exposed Imran Khan before the nation.

Rana Sanaullah said Imran khan had received money from foreigners on the name of charity and that money used in politics.

Rana Sanaullah said PTI has granted permission to hold a public gathering at the Parade Ground Islamabad as they have already organized two power shows there but would not be allowed to enter in the Red Zone.

The party leadership has decided that the former prime minister Nawaz Sharif would return home at the time of general elections and to lead the campaign, he added.

He said the government would not take pressure by any political group to announce early elections and would complete their constitutional tenure.

Rana said the PTI would be lost seven seats of National Assembly, it contests by-election on their nine vacant seats.

He said that the PTI was on the back of the negative social media propaganda against Pakistan Army after the Lasbela helicopter crash that killed five officers.

He said the government would be locked up the PTI leaders if not cooperated with FIA officials during the probe and would also be registered FIR if find out their involvement in money laundering and embezzlement of these funds.

The investigation began following a letter written by PTI founding member Akbar S Babar, requesting an investigation against the PTI for receiving funds through accounts opened in the name of junior employees, he added.

The government has submitted reference against PTI in the Supreme Court in light of the Election Commission’s verdict in prohibited funding case as per the law.