Pakistan on the brink of crisis

Shehbaz has not kept his promises 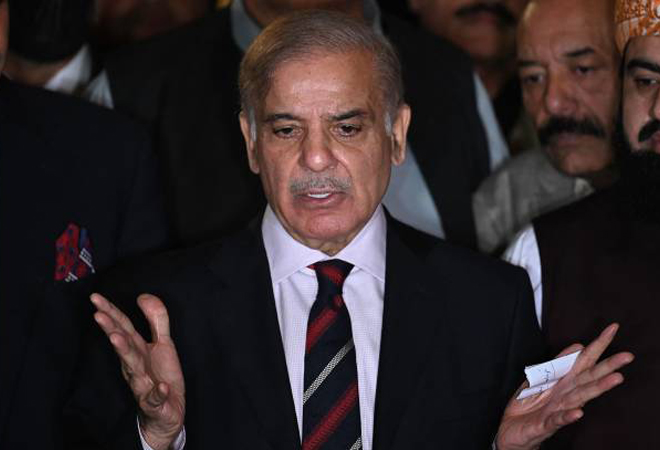 A progressive wave of unprecedented and atrocious policies formed by numerous governments over time, led the state into a critical and crucial pitfall, ultimately deconstructing the country into a whole unstable and deranged state. A state with uncertain political situations, a state with an adverse economic crisis, a state where the plight of injustice is birthed every day and a state that has always been given the status of obnoxious and odious. A state called none other than “The Islamic Republic of Pakistan.”

On the 11th of April, 2022 Shahbaz Sharif was “selected” as the 23rd Prime minister of Pakistan and promised the nation that he would surely and soothingly sway the country away from all the economic crisis and gruesome circumstances, but today’s conditions are quite contrary o what he assured us of. In his short tenure of four months, Pakistan has undoubtedly reached its dreadful doom, to which PM Shahbaz delightfully blames the previous government of Imran Khan claiming that he has left a huge mess behind but at the same instance forgets that the economic crisis of our state has peaked since he took charge.

Khan’s government was sabotaged by the alliance called PDM, a union of 11 political parties, formed to end Imran Khan’s government. The PDM accused Ex-Pakistan Prime Minister Imran Khan of faulty governance, vile policies, mismanaged foreign affairs, rising inflation and critical situation of Pakistan’s economy, but these words seems to be bitterly  true for the PDM government itself, as Pakistan’s economy is now at the brisk of being default and default of a state only occurs when a country’s government is unable or unwilling to repay its creditors.

But if we rewind back in time when Shahbaz Sharif was “selected” in replacement of Imran Khan as a Prime Minister, Khan’s government left about $22 billion in State Bank of Pakistan’s reserves, the highest reserve in Pakistan’s history, that made the account deficit sustainable, a lot of debate roared over the biased media platforms whether this amount was really left behind in the reserves or not? But the real question here rises, if this amount was really reserved by the previous government, where it has been lost now? As no debt was paid in the previous four months and the only reserves left in Pakistan are said to be below $10 billion.

The widening havoc of political instability within our state, an insurgency to maintain terrible Pakistan’s economy, survival with zero or null remittances, continuous targetting of the judiciary, unnecessary involvement of the establishment and an abandoned battering government, make it quite obvious we are in the situation of where we as a state or a country stands now but uncertainty within the state affairs led us to question the transparency of information being provided to the public by the current government. The series of questions of whether Pakistan is facing such dire consequences or situation is being created to push the whole nation into despair about what might happen next.

According to Moody’s rating of Pakistan in June 2022 “Pakistan is at high vulnerability risk and is unable to secure any additional external finances that are necessary to meet its own needs.” “Pakistan government’s supporting capacity of banks in case of needs is weakening day by day.” The reason Pakistan is facing serious economic challenges, with high inflation, an immense current account deficit, declining foreign reserves and a depreciating currency is the abrupt decline in foreign exchange reserves and increase in internal debt. The Pakistani currency is now at an all-time low as compared to the US dollar due to a widening trade deficit and increasing debts. With the rising current account deficit at $13.2 billion over the previous months and widening external loan repayments pressure, Pakistan requires financial assistance of $9-12 billion to avoid further depletion of foreign currency reserves.

Moreover, the IMF refused to provide any sort of loan or funds for Pakistan’s economic stability,  therefore the World Bank and Asian Development Bank have not provided the respective funds either. Now Pakistan is forced to pay its debts through commercial loans pushing Pakistan into more and more external debts. However Prime minister Shahbaz Sharif has recently been lent an amount of $2.3 billion by China, at a very high rate that hasn’t been revealed yet. As China is aware of the downfall circumstances of Pakistan’s economy it’s rather suspicious at what high rate Pakistan is borrowing a large amount of loan from China, as such high rates might be adverse in the upcoming months or might become a distressing challenge for the upcoming months.

Despite such a deranged situation of our economy, a total of $80 billion inundation of imports in June 2022 caused a large current account deficit, when the Shahbaz Government especially banned the imported goods for the stabilisation of the economy, clearly indicating the negligent weaknesses of Pakistan’s economy. The Shehbaz government is not letting it afloat across the officials or media about the miserable circumstances we are currently facing and are continuing to be led to. The slogans “all is well” and “this is entirely not our fault” is being raised high by the current government but rising inflation, increasing fuel prices and continual devaluation of the Pakistani currency is not indicating as much.

As being at risk even after attaining a substantial amount from the IMF, Pakistan’s situation could be much more horrible than that of Sri Lanka. As recently Shahbaz Government passed a bill whose particulars are not disclosed to the public, but officials claimed that according to that bill “no entity or being would be allowed to interfere with the selling of any sort of national assets” as the current Government is continually without any disclosure cleaning out the national assets.

For clear and fine understanding, if the economic crisis of Pakistan aren’t solved immediately, Pakistan might be torn away into four different states being controlled by God knows how many countries that we are indebted to. Then Imran Khan’s motto of “Azadi” might attain its true meaning.

The widening havoc of political instability within our state, an insurgency to maintain terrible Pakistan’s economy, survival with zero or null remittances, continuous targetting of the judiciary, unnecessary involvement of the establishment and an abandoned battering government, make it quite obvious we are in the situation of where we as a state or a country stands now but uncertainty within the state affairs led us to question the transparency of information being provided to the public by the current government. The series of questions of whether Pakistan is facing such dire consequences or situation is being created to push the whole nation into despair about what might happen next.

Khadija Bilal
The writer is a freelance columnist