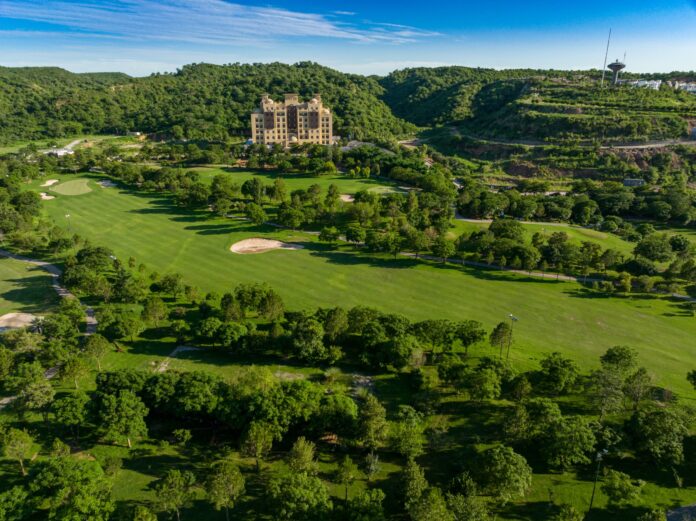 ISLAMABAD: As a major boost to the federal government’s efforts to lure foreign direct investment (FDI) in the country, a UK-based leading international property developer company has acquired a 100,000 square feet piece of prime land in the twin cities for Islamabad and Rawalpindi to become first ever tailor-made resort style living development for overseas Pakistanis.

The development by One Homes which sits at the top of a valley and enjoys front line unobstructed views over a 2500-acre national forest is expected to be a first of its kind in the federal capital.

Talking to media here on the acquisition of the land, One Homes Co-Founder and Chief Commercial Officer, Aqib Hassan said that the company has a very stringent criteria when acquiring land, and the company often spends years in its acquisition process.

“To give you an idea on average we profile 20 sites before any single acquisition. Then after the initial profiling stage shortlisted sites go through an extensive due-diligence process which we have created that mirrors the legal process in the UK which enables us to deliver the same level of security and comfort to our customers buying with us in Pakistan that we give to clients buying from us in the UK or Dubai,” he said.

Aqib said the development which is currently in the design development stage is expected to be launched in the market towards the end of summer 2022.

“We’re currently in the design development stage and as we always do we have engaged with world leading consultants on this development to ensure the project is at par with the greatest projects we have been involved with whether than be here in Pakistan, Dubai or London,” he added.

Aqib said The ONE Group has been involved with some of the most high-profile developments across the United Kingdom, Dubai and Pakistan. He said the company currently has four mega projects in Pakistan with Gross Development Value exceeding $200 Million USD including Diyar Homes and the highly celebrated ONE Canal Road Lahore by Kobi Karp with interiors finished by VERSACE ceramics, which are being developed under partnership.

About the comparison of this development with past projects, Aqib said that the land is our canvas that defines the development and its potential.

“In Lahore we found the most prime location in the city and we’re just as excited with this new acquisition, it has qualities that make it just as good and it certain ways perhaps even better. We’re greatly looking forward to bringing another ground-breaking development to the market and continuing to lead the market in terms of lifestyle & design centric real estate,” he said.

“It’s under pinned by a rapidly growing young demographic, amongst the world’s highest rates of urbanisation and with affordability set to explode in the years ahead with mortgage finance trickling into the market, I foresee similar at least if not higher growth for the next decade ahead. We often forget the value proposition Pakistan’s real estate market presents, it’s up to 80% cheaper than comparable regional markets, there is tremendous space for growth,” he added.

The groups medium term plan is to deliver projects worth 200 billion PKR in Pakistan by 2027.

“We look forward to continuing our journey as a pioneer and market leader in Pakistan, with a focus on being the pioneers and flag bearers for lifestyle focussed, design centric real estate in Pakistan. The foundations of our business are built on being a thorough client-centric organisation, we understand in its true essence great real estate is about developing lifestyles and with our customer at the heart of our business’s philosophy and operations that’s what we will deliver,” he maintained.

ONE Homes is part of the ONE Group a sister company to Dubai leading real estate company ONE Investments and UK’s ONE Capital. ONE Capital recently acquired a prime site to develop a 75,000 square foot industrial logistics hub in the centre of England.