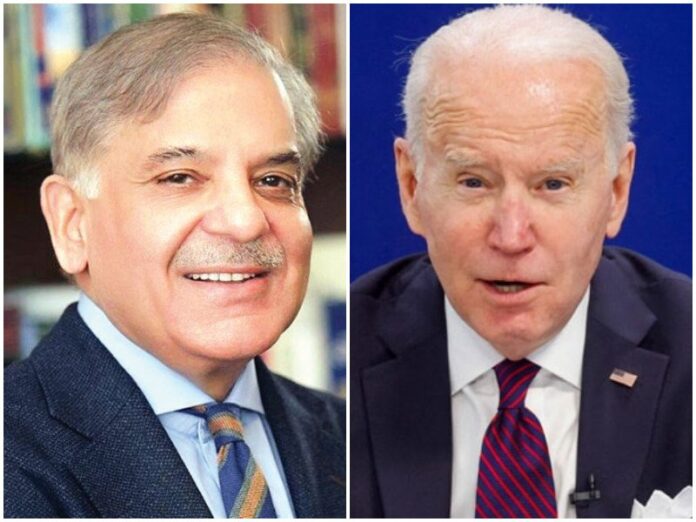 “The government looks forward to engaging with the Biden administration at all levels to promote our bilateral relations including trade and investment,” he said in a tweet.

The prime minister said, “It is my pleasure to extend the heartiest felicitations and greetings to the people and the government of the United States on their Independence Day”.

Last month, Pakistan Ambassador to the United States Sardar Masood Khan visited the White House to meet President Joe Biden and have an official photograph with him – an established tradition in Washington for newly appointed envoys.

According to the press release issued by the Pakistan embassy in the US, during the ceremony, President Biden and Ambassador Khan had a brief conversation on building a strong basis for moving the US-Pakistan ties forward.

February 7, 2023
ISLAMABAD: In an effort to "protect the identity" of the victim, the Pakistan Electronic Media Regulatory Authority (PEMRA) has banned all TV stations from...