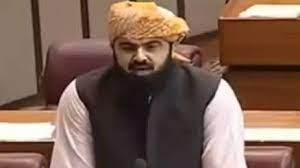 Minister for Communications Asad Mahmood on Wednesday said that Jamiat Ulema-e-Islam Pakistan (JUIP) would continue struggle for free, fair and transparent elections in the country and not allow rigging in this process.

He stated this while addressing here in the National Assembly after the speech of Foreign Minister Bilawal Bhutto Zardari regarding conduct of local government elections in Sindh.

He said that JUIP believed in the democratic process and it always struggled for fair and transparent elections. He said that the reforms were being carried out by the government regarding the electoral process.

Asad Mahmood said that the coalition parties presented a balanced budget and it had been discussed in detail in the parliament. The government has presented a good budget in the current situation and country will emerge from the crisis, he added.

He was a written-off asset in the world of terror; specifically, Islamist terror. Dr Aiman Zawahiri, the number 2 of one-time terror group Al...
Read more

BEIJING: China and Pakistan have agreed on participation of third parties in China-Pakistan Economic Corridor (CPEC) and exchanges among media and think thanks, including...
Read more
- Advertisment -