Balochistan govt to establish IT parks at Quetta, Gwadar and other big cities 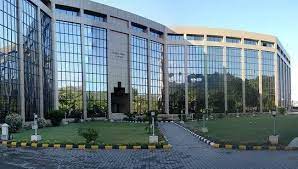 The Balochistan government has decided to establish the Information Technology (IT) Park at provincial capital in a bid to provide one step solution to expand IT enterprises.

The project would be expanded to establish IT parks in other big cities of the province including Gwadar.
The goals of the project were to provide e-governance, public access to digital services, and affordable and high-speed internet facility, said an official of Balochistan government.

The decision was taken for the promotion of Information Communication Technologies (ICT) companies in the province through digital capability, digital economy, software and IT, he added.

The government, he said, had been working for the digital transformation across all government sectors in a phased manner to bring efficiency, effectiveness, and transparency in its processes for moving towards socioeconomic growth and knowledge-based economy.

The broad initiative objectives were not limited to the infrastructure and e-governance support, rather it also aimed at promoting entrepreneurial spirit so that the fruits of that technology would be available to every citizen.

The government intended to improve the quality of living standards of its citizens through systematic digital transformation, the official said.

He further said that the government would establish a modern centralized data centre in the province and would also strengthen the Chief Minister Delivery Unit.

The e-governance would lead to socioeconomic growth, job creation, social connectivity, and achievement of Sustainable Development Goals (SDGs), he said.

The spokesman said that his government had started a uniform development process across the province and all available resources were being utilised for the socioeconomic development of the people.