The ‘economic saviour’ narrative was easier to sell 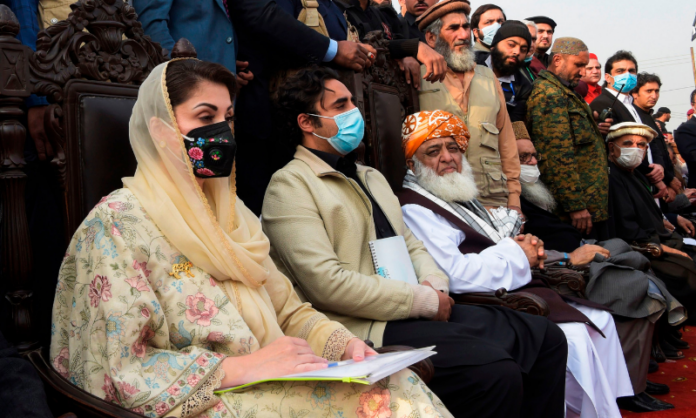 One thing is clear; this government does not have the time or the money to resolve the ongoing economic crisis and provide any reasonable tangible relief to the masses. It is not as if this reality now facing the nation came to be only after the current coalition government came to power, it was an eventuality even during the previous regime. Most, if not all, macroeconomic indicators during the PTI’s tenure were headed south as well.

Whichever way one cuts it, this uphill battle, visibly lost from the get go, would have had to be fought primarily by the PML-N as it was the party in the alliance with a majority of the numbers and a clear ambition for the top slots of Prime Minister and finance minister. The PPP in particular and the JUI-F along with smaller parties that left the PTI alliance gained tremendously however, securing cushy federal cabinet portfolios with practically none of the responsibility of addressing economic issues that carries its own significant political cost.

If the writing on the wall was so clear then why did the PML-N, PPP and JUI-f unholy alliance run from pillar to post to oust former Prime Minister Imran Khan? After all, the PDM’s platform for bringing the vote of no confidence to a vote in the National Assembly was to clinch power and ‘fix the economy destroyed by three and a half years of PTI rule’.

Not even 90 days into its tenure, the coalition government is being asked exactly what was the purpose of removing Imran Khan from power rather than let him fall under the weight of the economic woes he faced that were much of his own making? If Federal Minister for Power Khurram Dastgir Khan is to be believed, answering this very question on a private television channel talk show, a larger motivation was political survival than economic repair work.

According to Dastgir, Imran Khan as Prime Minister was gearing up to get senior opposition politicians disqualified for life through NAB and the courts as part of a broader strategy to ‘remain in power for the next fifteen years’. There is no denying that Imran Khan has threatened to ‘lock up everyone’ from Shahbaz Sharif to Asif Ali Zardari downwards, but for that to be taken as anything more than hyperbole by those in the crosshairs to engineer a takedown of the PTI government at a significant and obvious political cost, is a bit of a stretch.

It is also a sad commentary on the role of the judiciary in such matters, which has on multiple occasions in the past handed down controversial decisions that have had far reaching political consequences.

However, one must view this statement in the context of how quickly the PTI government’s thin majority in the centre and Punjab began to crumble as soon as Imran Khan fell out of favour with the establishment. While relations between the two had deteriorated significantly from the ‘same page’ days to being on very different pages within three years, it was Imran Khan’s inexplicable reluctance to change then ISI chief Lt Gen Faiz Hameed when COAS Bajwa wanted to, that blew a hole through the notebook containing those mutually occupied ‘pages’.

Although Imran Khan has clarified his position that he never wanted to appoint Gen Faiz Hameed as the next army chief when Gen Bajwa’s tenure ends in November this year, this is exactly what the opposition at the time feared. He does however maintain that keeping Gen Faiz intact was to handle the fallout from the US exit from Afghanistan and to counter the then opposition’s efforts to topple his government, of which he had become aware months before it eventually transpired, going so far as to term the ISI chief as the “eyes and ears of the government”.

How exactly was Gen Faiz as ISI chief expected by Imran Khan to thwart a constitutionally mandated process of bringing a vote of no confidence against a sitting Prime Minister? Was there to be a concentrated effort to retain allied parties that gave the PTI its majority in the National Assembly through those infamous “phone calls”, a euphemism for blackmail using sticky intelligence matter? Was there to be some sort of crackdown on opposition leadership of the time through a reinvigorated NAB that would make multiple new cases against them to enable fresh arrests?

None of this would be new; it is a tried, tested and failed extraconstitutional method of running the country from the shadows. Therefore, considering Imran Khan’s own words describing a highly inappropriate and overt overdependence on the former ISI chief to ensure the continuation of his government, Mr Dastgir’s apprehensions are not completely unfounded.

It is also a sad commentary on the role of the judiciary in such matters, which has on multiple occasions in the past handed down controversial decisions that have had far reaching political consequences. The misuse of the extremely vague, open-ended and draconian Zia-era articles 62, 63 of the constitution requiring parliamentarians to be Sadiq and Amin by the Apex Court is an unfortunate reality.

The verdict in the Panama case against Nawaz Sharif is a case in point, considered by many senior lawyers and judges as an atrocious decision by the Supreme Court. The dissenting notes in a more recent SC decision, in the wake of the successful vote of no confidence against Imran Khan, regarding clarity on article 63A of the constitution, states that the apex court has overreached and essentially amended the constitution.

With some reprieve in the form of traditional allies China and Saudi Arabia committing financial relief (yet to be received), the likelihood of an upgrade from FATF’s grey to white list and promising prospects of the IMF deal restarting on the back of accepting and implementing most of their conditionalities, it seems the immediate crisis could be averted in the very short term. With a bit of luck, all this brings is fragile stability, at best!

It was never about being economic saviours replacing an incompetent setup that was en route to crash and burn the system, that was just the easier narrative to sell. Securing a political future and regaining power was at the core of what transpired over the past year. The political uncertainty that ensued took a toll on the economy in addition to what was already a severe mess. Expectations should be managed and one must strap in for the long haul now.