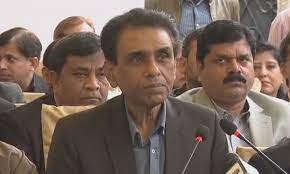 Reminding Pakistan People’s Party (PPP) that the Muttahida Qaumi Movement-Pakistan (MQM-P) had entered into an alliance with it following a ‘deal’, Member of Muttahida Qaumi Movement-Pakistan’s (MQM-P) coordination committee and former Karachi mayor Wasim Akhtar warned of parting of the ways in case the party’s demands listed in the deal were not met.

Addressing a presser here, he said that right now he was speaking in a low tone, and that he and his party expected the PPP to deliver on its promises.

Wasim said the local bodies’ (LBs) elections held in Sindh Sunday had confirmed his party’s fears that there would be hooliganism and indiscipline. “And what we witnessed the day was complete disorder so much so that not a single political party is satisfied with the electoral exercise,” he regretted.

At several places, he went on to add, even members of the polling staff were kidnapped. “And we don’t want same scenes to be repeated during LB polls in Karachi and Hyderabad,” he added.