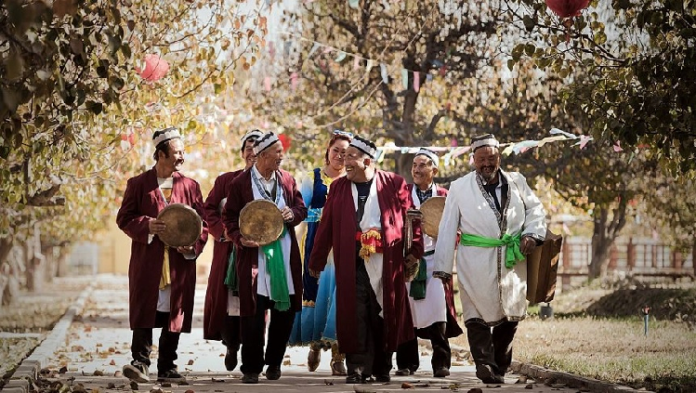 BEIJING: The enactment and enforcement of the “Uyghur Forced Labor Prevention Act” by the U.S. serve to escalate American suppression against China under the guise of human rights, the Chinese Foreign Ministry said. The U.S. law banning imports from China’s Xinjiang Uygur Autonomous Region takes effect on June 21.

China’s Foreign Ministry spokesperson Wang Wenbin told a regular press conference the ban came from a lie and that imposing sanctions on individuals and entities over Xinjiang is an attempt to perpetuate the lie.

He said the U.S. action wantonly disrupted international trade order and undermined the stability of global industrial and supply chains.

The Americans’ attempt to create forced unemployment in Xinjiang in a so-called legal form and to promote decoupling from China globally fully exposes the hegemonic essence of the U.S. to undermine human rights in the name of defending it and to break the rule in the name of preserving it.

China strongly condemns and resolutely opposes this, the spokesperson said, adding the country will take strong measures to firmly defend the legitimate rights and interests of Chinese enterprises and citizens.

“The U.S. side’s move goes against the trend of the times and is doomed to fail,” Wang said.

He reiterated that the so-called forced labor in Xinjiang is a big lie made by anti-China forces, adding it is completely contrary to the fact that the cotton and other industries in Xinjiang are mechanized on a large scale and the labor rights of the people of all ethnic groups in Xinjiang are effectively protected.

Labelled by ATS as IS man, family of Azamgarh youth calls it frame-up

PARIS: Volunteer firefighters have been called up from their day jobs all over France this summer to help battle wildfires. "It's the first year we've...
Read more
World

India at 75: Dreams of a Hindu nation leave minorities sleepless

INDIA/ VARANASI: The Hindu priest on the banks of the holy river Ganges spoke softly, but had a threatening message 75 years after the...
Read more
World

Kabul: India has sent back a batch of diplomats to Kabul in a significant shift seen as giving a de facto recognition to the...
Read more
- Advertisment -