Adding fuel to the fire 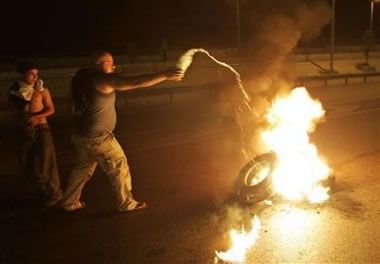 The shocking thing about the two-step Rs 60 hike in the per litre petrol price is that it still left the government paying a subsidy of Rs 9 per litre. That means that the petrol subsidy introduced by ousted PM Imran Khan at its peak was costing the exchequer over Rs 69 per litre. Finance Minister Miftah Ismail also said meaningfully that the government was not raising any revenue from petrol.

This was a clear signal that the Budget would clear the petrol situation, as the rest of the subsidy was eliminated, and taxes were reimposed. Petrol will go up. At the same time, the main driver of international oil prices, which has caused the current crisis, the Russo-Ukrainian conflict, is showing no signs of a resolution, which means that there is no decline in oil prices around the corner, at least not so that there can be any planning based on it.

The PTI has got two issues in the fire. The first is whether it would have stuck with the subsidy had it remained in office. The consequences of sticking with the subsidy are extremely serious, and its has not been removed merely because of IMF orneriness. The IMF may have pushed the government, but the subsidy had to go sooner or later.

The reason for this is that it was not simply a matter of taking taxes, which is the government skim-off, up or down, but actually paying the Oil Marketing Companies the difference between the cost and the price at the pump. This was hard cash, which was unfunded, in the sense that the government didn’t know where the money was going to come from. Sooner or later, the government wouldn’t have the money, in which case, it would have a choice between welshing on its debts to the OMCs, or printing more money and paying them.

There are already signs that it has tried welshing, which is why power generation plants are shutting down for want of fuel. This is separate from the circular-debt problem bedevilling the sector. And while the State Bank may well be printing more money, it has not yet done so because of the subsidy. The fall of the rupee does indicate, however, that there are more rupees in the market than before.

In this era of fiat currencies, one of the first signs of there being a printing of money by the central bank is its fall in value compared to other currencies. However, if the subsidy had continued, the government would have run out of money. The State Bank has already been granted, under IMF pressure, autonomy, and even under a PTI government ready to cock a snook at the IMF, the State Bank’s refusal to print more notes could have caused tremors.

At a certain level, it is possible to see that a society based on these three being public property would lead to a very different society (and economy) from the present one, and not have been merely a version of capitalism merely with Islamic labels, as the PTI tried to have. How far such a society would fit into the present system is a separate discussion, but it is safe to predict that it would be much more disruptive than anything Imran might have tried in the past, or would try in the future.

Another painful reality is that oil is imported. Therefore, a decline in the rupee, even if oil prices remain the same, means that prices will go up in rupee terms, adding to the burden on the budget, leading it to print yet more rupees, and push down its value further.

In a best-case scenario, the government would be unable to pay salaries. In a worst-case scenario, there would be hyperinflation. Not only does hyperinflation have harsh economic consequences, but it is also grossly destabilizing socially and politically. If the government ran out of money, and stopped paying salaries, the subsidy would stop being paid as well, so government employees would find themselves hit by a double whammy. Not only would they find they suddenly have to pay the full price of petrol, but their salaries would be worth almost nothing. Petrol would not be the only problem. Food would be too.

The PTI is trying to guild the lily by saying that Imran would ave got cut-rate petrol from Russia. Somehow or the other, there has been a translation of the Pakistani courtship of the USSR into the belief that he was going to get the same for Pakistan as India has got. While Pak-Russia relations are stop-start, with long periods when Pakistan opposed it, Indo-Russia relations were warm during the Cold War. Just because India has access to discounted Russian oil, does not mean Pakistan would get the same access.

There is no record available with the government of any discussion on discounted oil between Imran and Russian President Vladimir Putin. The meeting of the Pakistani ambassador in Moscow with Russian officials has been as fruitless as the letter from the Pakistan government to its Russian counterpart. It seems that the Russian desperation to earn foreign exchange has not grown so great that it will sell discounted petrol. Also, Pakistani demand is not so high (as is India’s) as to make the running for the market.

The fuel subsidy removal is in the hope that this will enable the government to keep borrowing from the IMF. Though the IMF loan is substantial, its importance is so that it will open further routes for borrowing, including from traditional sources of funding. Whereas Pakistan used to ask them to help it against the IMF, now they have combined with the IMF to put pressure on Pakistan.

The petrol price hike has an underpinning that cannot be easily avoided: Pakistan wants to remain part of the international economic system. The price of keeping the petrol price low would be to exit that system. Not only does the present government clearly have no such intention, but the PTI has made no proposals or expressions of intention which would imply that it wants to do anything different. Its record in government does not show that it has any radical ideas it would like to implement. Indeed, there have been none of the debates on this issue that would indicate that it was ruminating any change.

.It seems that even if the PTI is brought back, or if the military takes power a fifth time, the price of petrol will go up. Is there any way out of this? The sort of posturing that is going on will not help. The only solutions possible are if there are genuine out-of-the-box solutions.

Those are not available with mainstream electoral parties, mainly because they subscribe to the kind of economic system which prevails. It is indicative that the All-India Muslim League had a Fabian-socialist economic programme similar to that of the Congtress in its 1946 manifesto The League was not as concerned with economic issues as Congtress, which led by Pandit Jawaharlal Nehru, who was a convinced Fabian, and an admirer of the post-1945 welfare state the Labour Party called into being.

The PPP still includes ‘socialism hamari mueeshat’ (‘Socialism is our economics’)   in its slogans, but it has not really practised it since the 1970s. The PTI has never had anything socialistic in its manifestoes except perhaps the riasat-i-Madina trope Imran as used at times. It seems as if all he meant was the establishment of a UK-style welfare state, not the economic revolution that was brought about. That meant he was unable to access the sayings of the Holy Prophet (PBUH) about land reforms (We must remember that Madina was that rarity among the Arabs, an agricultural society) or the commonalty of fire, pasture and water.

At a certain level, it is possible to see that a society based on these three being public property would lead to a very different society (and economy) from the present one, and not have been merely a version of capitalism merely with Islamic labels, as the PTI tried to have. How far such a society would fit into the present system is a separate discussion, but it is safe to predict that it would be much more disruptive than anything Imran might have tried in the past, or would try in the future.