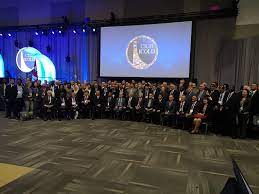 ISLAMABAD: Owing to alleged ignorance of the federal government, not a single Pakistani concerned official has participated in a week-long important conference of the International Commission on Large Dams (ICOLD) held in Marseille, France.

Sources privy to the development informed Pakistan Today that not a single official from Ministry of Water Resources and its attached departments has attend the 27th Congress of the International Commission on Large Dams (ICOLD) which was held in Marseille, France from 27th May to June 3rd, 2022, with a participation of over 1400 experts from across the globe including 87 experts from the neighbouring country of India.

“Former Chairman Water and Power Development Authority (WAPDA) Lt. General (R) Muzammil Hussain has participated in personal capacity on a special invite in recognition of his work on 10 mega water projects in the country,” said sources.

The sources said that the recommendations of ICLOD most often play key role in ensuring the foreign financing for the construction of large dams projects across the globe.

As per sources, the Ministry of Water Resources and Prime Minister (PM) Office remained engaged in correspondence while no official from WAPDA attended this precious event to present the case of Pakistan in this important conference. They said that Pakistan National Committee on Large Dams made special arrangements for Pakistani delegations. But all arrangements remained in vain as the seats for Pakistani delegations remained vacant throughout this week-long conference.

They said acting Chairman WAPDA Naveed Asghar Chaudhary along with some WAPDA officials was expected to attend the conference. But they could not participate in the event due to absence of approval from the Prime Minister, said sources.

ICOLD is an organization dedicated to the sharing of professional information, knowledge & standards of the design, construction, maintenance, and impact of large dams. With a present total of 104 member countries, ICOLD leads the profession in ensuring that dams are built and operated safely, efficiently, economically, and with a minimum environmental impact.

ICOLD leads the profession in setting standards and guidelines to ensure that dams are built and operated safely, efficiently, economically, and are environmentally sustainable and socially equitable. ICOLD technical guidelines on all aspects of dam design and safety are based on state-of-the-art knowledge and our Projects are being designed and constructed by following the ICOLD guidelines and standards.

Speaking on the occasion, former Chairman WAPDA, Lt. General (R) Muzammil Hussain, apprised the ICOLD Congress on water and hydropower sector development in Pakistan through mega projects by WAPDA. He said that WAPDA is implementing a multi-pronged strategy for unprecedented hydropower and water storage development in Pakistan under the vision of “Decade of Dams”, through an innovative financial strategy.

On completion of these projects, the water storage capacity in Pakistan will increase from existing 13.6 million-acre feet (MAF) to 25.3 MAF with addition of 11.7 MAF irrigating another 3.5 million acres of land. The additional water storage will increase carry over capacity of Pakistan from 30 to 45 days.

These projects will also add 4,543 MW by 2026 and yet another 6,853 MW of hydel energy to the National Grid by 2028-29. Hence, installed generation capacity of WAPDA will surge from existing 9,406 MW to 20,802 MW with more than 120% increase by 2028-29 in a phased manner. In addition to creating about 35,000 employment opportunities, the projects are also contributing significantly towards socio-economic uplift of under developed areas.