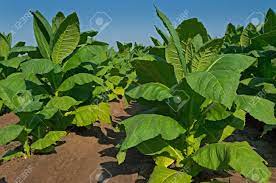 ISLAMABAD: The Federal Board of Revenue (FBR) is considering to increase advance tax on green leaf threshing processing (GLTP) units in next year budget 2022-23.
sources said that FBR is considering the Tobacco Industry recommendations with regard to increase advance tax from Rs10per KG to Rs300 per kg on GLTP units.
The industry representatives told that Imran khan government had increased the advance withholding tax from Rs10/kg to Rs300/kg in the fiscal year 2018-19 through supplementary budget but the decision was reversed after the lobbying of local influential Tobacco players in budget 2019-20 citing  the reason that this tax had been imposed on tobacco farmers.
On the other hand, the multi national Tobacco companies have point of view that this withholding tax was in adjustable mode and was slapped on manufacturers, which had nothing to do with farmers.
Presently, there are 11 GLTP units located in parts of Khyber Pakhtunkhwa and the imposition of Rs300/kg advance withholding tax could make illicit business unviable, Pakistan Tobacco Company representative told.
We can confirm that if the government imposed an advance tax of Rs300/kg on GLTP units in the upcoming budget, the share of illicit cigarettes will drastically slash down from 40 percent, equivalent to Rs70 billion, to just 20 percent with no time.
Oxford Economics, PWV, IPSOS, and Institute for Public Opinion Research (IPOR) estimated that the share of illicit cigarettes in Pakistan ranged between 37.6 percent and 40 percent. It demonstrated that over 180 brands violated minimum tax and minimum price, causing Rs80 billion annual loss to the national exchequer, he added.
The industry could evaluate FBR’s proposal to collect federal excise duty (FED) at the stage of GLTP processing in order to discourage illicit cigarettes adding that Shopkeepers in major markets of cities and towns across Pakistan openly sold illegal cigarette packs.
More than 200 local illicit cigarette brands sold between Rs20 and Rs40, whereas the mandated minimum price was Rs62.76, inclusive of a minimum tax per pack of Rs42.12.
He also revealed that the government in 2021 promulgated a law regarding brand licensing that binds cigarette manufacturers to register their brand before launching that into the market.
Only 16 cigarette brands have applied for registration so far and on the other hand, more than 150 unregistered brands belonging to local tobacco manufacturers openly sold products in the market due to weak enforcement measures of FBR.
He also said that PTC is going to pay over Rs150 billion tax in the national exchequer during the outgoing fiscal year 2021-22 against Rs134 billion taxes paid in 2020-21 and Rs117 billion in 2019-20.
The PTC representative also said that Only three companies so far were in the process of implementing the Track and Trace system including PTC while local players is still hesitant to implement the system so they continue to dent the economy by flouting laws to evade taxes.
Facebook
Twitter
Linkedin
WhatsApp
Email
Previous articlePakistan fails to attend key international moot on large dams
Next articleFederal cabinet gives nod to US$2.4 billion loan from China

August 17, 2022
Player workload management, meaningful and exciting bilateral cricket, and preparations for the ICC global events were the cornerstones of the Pakistan Cricket Board’s strategy...