Ministry to hold balloting for govt Hajj scheme on Sunday 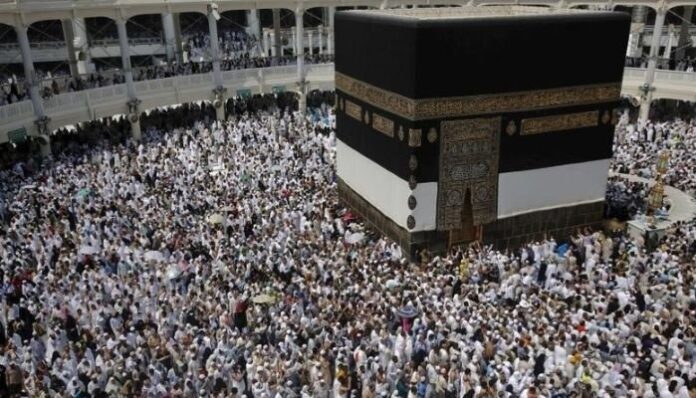 The Ministry of Religious Affairs and Interfaith Harmony will hold balloting on Sunday to select over 32,000 successful intending pilgrims out of the total 63,666 applicants who wish to perform Hajj through the government’s scheme.

In a talk with APP on Saturday, the ministry’s spokesperson Muhammad Umar Butt told that the ministry had not extended the last date for the submission of Hajj applications due to time constraints.

He said the process of receiving Hajj applications started on May 1 and continued till May 13 through various designated branches of the 14 scheduled banks.

He said Pakistan received a Hajj quota of 81,132 pilgrims this year which was being distributed with the ratio of 40:60 percentages to the government and private schemes respectively.

Butt, while estimating the Hajj expenses, said this year the total cost of the pilgrimage was expected to be Rs700,000 to Rs1 million, however, the Saudi Ministry of Hajj and Umrah has not provided the details of mandatory expenses yet.

The ministry would announce the overall Hajj cost only after receiving details of mandatory expenses from the quarters concerned, he added.

It may be mentioned that personal smart phones are mandatory for the pilgrims, who will have to download two approved mobile applications as per the instructions of the Saudi Ministry of Hajj and Ummah.

The Saudi authorities have launched the two mobile apps to facilitate the overseas pilgrims for performing Umrah and Hajj.

The Hajj is open to those who have received the approved COVID-19 vaccinations by the Saudi Ministry of Health and the pilgrims are required to submit a negative COVID-19 PCR test result performed within 72 hours of the time of departure to the Saudi Arabia.

The people above the age of 65 years cannot perform Hajj this year.