A wealth tax would help 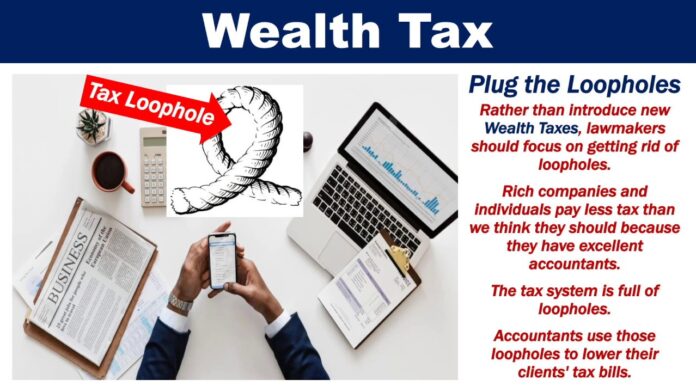 ‘The battle for equality is not over. It must be continued by pushing to its logical conclusion the movement toward the welfare state, progressive taxation, real equality, and the struggle against all kinds of discrimination. This battle also, and especially, involves a structural transformation of the global economic system.’ – An excerpt from the recently published book A Brief History of Equality’ by world renowned economist Thomas Piketty

World Inequality Lab released ‘World inequality report 2022’ a few months ago. In the foreword to the Report by two Economics Nobel laureates, Abhijit Banerjee and Esther Duflo, they pointed towards the difficulty situation in terms of income and wealth inequality as per the findings of the Report as ‘In every large region of the world with the exception of Europe, the share of the bottom 50 percent in total earnings is less than 15 percent (less than ten in Latin America, Sub-Saharan Africa and MENA region) while the share of the richest 10 percent is over 40 percent and in many of the regions, closer to 60 percent. But what is perhaps even more striking is what is happening to wealth. The share of the bottom 50 percent of the world in total global wealth is two percent by their estimates, while the share of the top ten percent is 76 percent. Since wealth is a major source of future economic gains, and increasingly, of power and influence, this presages further increases in inequality. Indeed, at the heart of this explosion is the extreme concentration of the economic power in the hands of a very small minority of the super-rich.’

Discussing the World Inequality Report 2022, an IMF-published article ‘Global Inequalities’ in March, pointed towards a very grim picture in terms of global wealth and income inequality, which has been exacerbated during the pandemic, as follows: ‘Global inequalities are in bad shape and mostly do not appear to be getting better. Disparities today are about the same as they were in the early 20th century, and the pandemic continues to make things worse. The recently released World Inequality Report 2022 sheds light on this problem. With two traditional measures and two new ones, the study adds much to our knowledge of inequality.’

Here, with regard to the outcomes seen in the Report, in terms of two traditional measures, the same article pointed out ‘The poorest half of the global population owns just €2,900 (in purchasing power parity) per adult, while the top 10 percent owns roughly 190 times as much. Income inequalities are not much better. The richest 10 percent today snap up 52 percent of all income. The poorest half get just 8.5 percent.’

Moreover, the same article highlighted that the Report also reflected on inequality in terms of ecological and gender perspective, by employing two new measures, and the article pointed out in this regard that ‘the first is reported through carbon dioxide emissions by income category. This is not just a matter of rich versus poor nations; there are large disparities within all countries between the most well-off and the rest. The report looks at gender inequality through a breakdown of labour incomes. Over the past 30 years women’s share of income has only slightly improved.’

Moreover, as per the Report, it is only in China as such, that female labour income share has been falling– from close to 40 percent in the early 1990s to around 33 percent around the end of the 2010s. This is quite alarming, given China has otherwise performed exceedingly well in terms of economic growth and poverty alleviation, and therefore, requires a special focus by country’s policymakers towards increasing gender income disparity, which it is hoped they are giving.

While there is large income and wealth inequality globally according tor the Report, at the same time, in terms of the gender pay gap– defined in the Report as ‘measured by the average gap between men’s and women’s wages and salaries, before or after controlling for the type of work, the level of qualification or other factors’– the Report pointed towards inequality against female labour income share, whereby ‘In practice, we find that the female labour income share is systematically below 50 percent, with significant variations across countries, ranging from below 10 percent to 45 percent.’

With regard to Pakistan, the findings of the Report with regard to female labour income share is that it is on the lower side, when compared globally, whereby the Report pointed out ‘Asian countries exhibit lower shares than Europe and North America, with an average of 27 percent. There appears to be a strong east-west distinction, with East Asian countries exhibiting much higher shares. Eleven countries have values above 30 percent while two (Pakistan and Afghanistan) exhibit shares below ten percent. The two most heavily populated countries (China and India) exhibit shares of 33 percent and 18 percent respectively.’

Moreover, as per the Report, it is only in China as such, that female labour income share has been falling– from close to 40 percent in the early 1990s to around 33 percent around the end of the 2010s. This is quite alarming, given China has otherwise performed exceedingly well in terms of economic growth and poverty alleviation, and therefore, requires a special focus by country’s policymakers towards increasing gender income disparity, which it is hoped they are giving.

Among a number of remedial measures to lower income and wealth inequality that the Report points towards, one points towards wealth redistribution through taking the following step: ‘…revenue gains that would come from a modest progressive wealth tax on global multimillionaires. Given the large volume of wealth concentration, modest progressive taxes can generate significant revenues for governments. In our scenario, we find that 1.6 percent of global incomes could be generated and reinvested in education, health and the ecological transition. The report comes with an online simulator so that everybody can design their preferred wealth tax at the global level, or in their region.’

In terms of how to check inequality, an IMF-published article ‘Tackling inequality on all fronts’ from March, pointed towards for instance ‘To tackle inequality, policies need to focus both on market income– income before taxes and transfer payments, or predistribution– and disposable income after redistribution through taxes and transfers. Pre-distributive public policies aimed at narrowing differences in market incomes at their source, such as through public education, help ensure an equal playing field. While necessary, such policies are not sufficient to limit inequalities. Public intervention through social transfers and taxes is needed to help people cope with various life events related to unemployment, ageing, family, disability, or sickness. Effectively tackling inequality requires a mix of policy instruments aimed at levelling the playing field before people enter the labour market, ensuring that labour market conditions remain fair and socially acceptable, and bringing the necessary corrections to inequalities through redistribution.’