Impacts of Populism across the Globe

Imran is part of a global trend 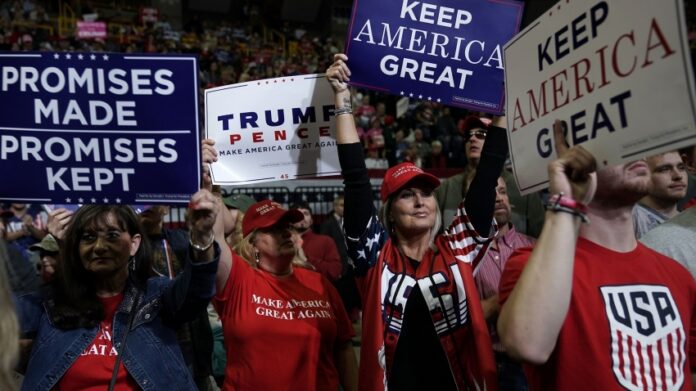 Since the dismemberment of the Soviet Union and the End of History for communism on the heels of providing a free pass to neo-liberal capitalism— which to quote Harvard economic historian Niall Ferguson is neither new nor liberal, and nor capitalism— there has been simmering a sort of uncertainty. The journey from venture capitalism to vulture capitalism, although it created unprecedented growth across the globe, was illiberal for its concentration of wealth— in effect all powers— in the hands of very few people, ushered in disillusionment among the masses across the globe. The more the wealth got concentrated in a few hands without any plan of trickling down, the more discontent it produced quite legitimately.

If it was not enough then came a chain of American overt interventions in the aftermath of 9/11 that too disabused many Third World Countries and made them see the superpower with suspicion or rather undue contempt. This wave resonated quite tangibly among Islamic countries from Africa to Asia and the Middle East.

There has been, furthermore, a certain discontent against the USA among devout Muslims for the former’s blatant violation of international norms to support Israel against the Palestinians, but when the support of autocrats, dictators, kings, and other non-democratic forces became manifest, even those Muslims who had appreciated the USA’s liberty, freedoms, education, and progress either put an end to their advocacy or raised their voices against Uncle Sam loud and clear. Eqbal Ahmed and Edward Said among others belong to this camp.

Another mainstay of the post-Cold War world comes from its economic institutions and the way the rich stashed their wealth in the West. While the US-led system provided a lifeline for the countries on the verge of collapse through the international economic institutions like the IMF and World Bank, that too on the client states’ requests, the net result turned out to be a pure disaster, partly because of the Fund’s namby-pamby understanding of the client state and partly the very conditions of those agreements.

Needless to say that corruption, weak governance, and ineffective institutions coupled with political instability poison any hope of staving off the dependency syndrome. One only has to read the Confessions of an Economic Hitman to fully make sense of the agenda behind the so-called economic aid and the rest.

The way the rich in developing countries are given a free pass to funnel their money to the Western banks via both legal and illegal ways, needs no emphasis. Frank Vogl, who is a leading expert on anti-corruption, in his recent book, The Enablers, unveils that a whopping amount of $2 trillion goes to the West every year from the poorest countries. Out of it, almost $600 billion reaches the USA alone. This illicit or black money can’t be traced even by the guest countries which are known for their viable institutions, let alone the countries which are looted without end.

Although all the above scenarios played against developing countries, the US-led system doesn’t bode well for the West either. The gap between the haves and have-nots skyrocketed, engendering a sense of what Pankaj Mishra calls the ‘Age of Anger’. For years this precarious trajectory moved ahead until the pandemic came and worsened the situation to a nadir.

In this milieu, Imran Khan has ignited a flame of change no matter how that is removed from reality, but it resonates among those who don’t have either an understanding or any other hope to cling to. The best way to save Pakistan from utter cataclysm is through the democratization of political parties and de-politicization of state institutions. At best, it seems Pakistan is now on the right path but it is a matter of time before the path gets crooked.

In this backdrop of moribund politics, transcendentally awful institutions, and a highly narrow base of representation, a demagogue takes the matter to another end. This demagogue, usually a man, identifies the issues at hand precisely– much more like Marxist critiques of capitalism— but nevertheless, he doesn’t give any viable way forward apart from some reductive ravings. First, he divides society between two binaries, namely us-vs-them.  Since economic crunch exists everywhere, a populist accuses his opponents, who belong to the status quo, as corrupt, incompetent, and dangerous to national interests.

Nationalism and conservatism, additionally, are two powerful weapons almost all populists use and they consider globalization a manipulative initiative. The most menacing and power-thirsty megalomaniacal populists use even the religious right to meet political ends by raking up theological debates. After highlighting the issues— some genuine and some preposterous— a populist leader presents himself as the only solution. He makes a cult personality because of his demagoguery, reductive solutions to complex issues, and utopic vision of the greatness of his nationhood and divisiveness. When such a person gets to the highest office in his country, the first casualty becomes democracy itself, then institutions, and lastly a slew of political witch hunts emanate to no end in sight against those who come in his way.

To put the above abstract depictions in perspective, let’s see some major examples. Orban in Hungary after three terms in office has razed not only democracy but his opponents as well. In his recent manipulation of elections, there seems a clear indication that on which path he would take his country.Jair Bolsonaro in Brazil and Rodrigo Dueterte in the Philippines didn’t do anything different. Nevertheless, with the rise of two figures— Donald Trump who came from the oldest democracy and richest country on the planet, and Narendra Modi, who represents the largest democracy on earth— populism took an unprecedented force and momentum. They both epitomize all the worst forms of divisive, vindictive, and cultish traits. While the USA survived some of Trumpian onslaughts— the 6 January 2021 attack on Congress, the attack on media freedom and judiciary—  thanks to its resilient institutions, India seems to be going on a precarious trajectory for its institutions have to carry the load of an organized fascist party spearheaded by a dangerous man.

Today, in the name of Akhund Bharat, Muslims are attacked with impunity and RSS members who are the BJP supporters openly call for Muslim genocide. Of course, it takes days only to get submitted an FIR, let alone action in any form when you are a Muslim in India. Both judiciary and the media toe the line of the Modi-led government that holds ironclad sway over power. critical voices, Muslims, journalists, and rights activists are targeted, intimidated, and cowed when they come in the way of the Modi-fication of India from a secular country to Hindu Rashtra (a country exclusive to Hindus). From Arundhati Roy to Shashi Tharoor and others have rightly lamented the rotten system shrouded in fascist ideology effected by a ruthless demagogue whose hands are coloured in the blood of thousands of innocent Muslims and Christians.

In Pakistan, Imran Khan’s self-serving claims despite being democratically ousted from power are on full display consuming netizens who find his message immune to scrutiny or question. Both judiciary and the Army rubbished his claims, but he and his supporters live in a parallel universe where what he says supersedes data, facts, and ground realities. His sausage of religion with arcane jingoism deranges any thinking person.

Interestingly, all his populist claims have been put on the back burner, and a purported conspiracy has been brought to the fore in spite of being debunked by the judiciary and the army. What makes everything hopeless is the state of the youth who find no alternative— to be fair with them, legitimately so— to their leader. It is a matter of shame for a country of 225 million that there is no one who is a genuine politician. The only rationality behind dynastic politics comes from Bilawal when he said to the CNN host that this life chose him not vice versa. I wish he could understand how absurd that comment seems to be.

If the opposition doesn’t order their rank and file, the cult of Imran Khan will sweep them aside like what Modi did in India. The two major parties haven’t given Pakistan anything given their considerable time in power. Corruption still hovers around them whether one likes it or not. Personalized politics still festoons their rank and file.

In this milieu, Imran Khan has ignited a flame of change no matter how that is removed from reality, but it resonates among those who don’t have either an understanding or any other hope to cling to. The best way to save Pakistan from utter cataclysm is through the democratization of political parties and de-politicization of state institutions. At best, it seems Pakistan is now on the right path but it is a matter of time before the path gets crooked.