In the end, it is civil society which gives people a voice 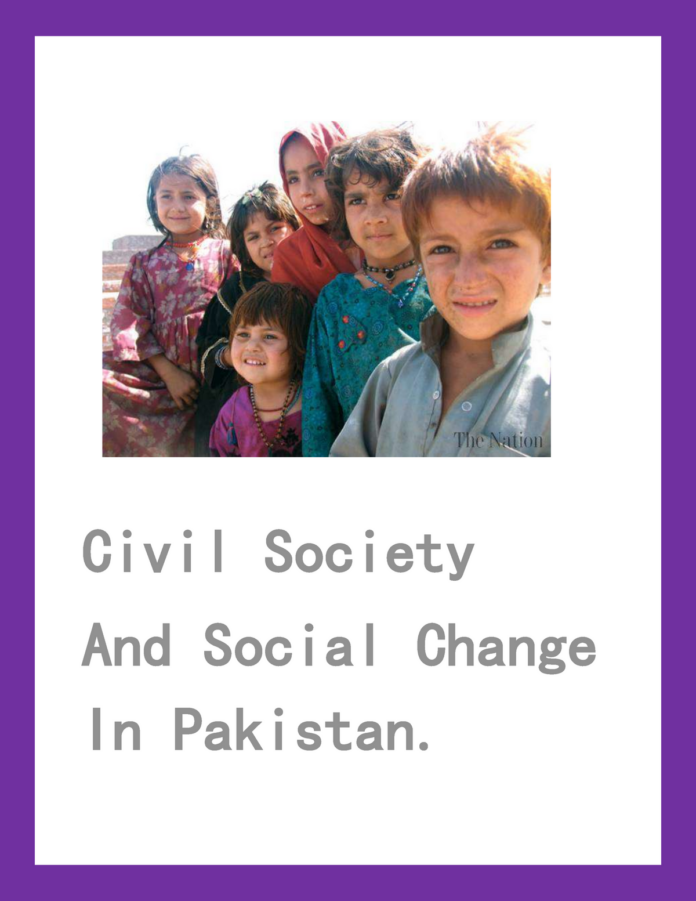 In the contemporary world, each society is continuously changing due to various social & political events, technological & economic advancements. Commonly, civil society provides ways for individuals to contribute to the overall process of social development for the common good. The outcome of such social development process is social accountability which involves corporations, faith-based and other organizations being accountable for their actions.

Social accountability is necessary for the transparency of each process. It must be similar for all members of society. Commonly, civil society provides a platform for the disorganized to be organized. It provides ways for the empowerment of voiceless segments of society for spreading awareness on various social issues prevailing in society. Civil society also contributes to the governance process which includes policymaking and implementation. Simply, it provides ways for all participants to build relationships and make connections based on their values, behaviours and beliefs to contribute to the common good.

In developing countries, civil society is actively participating in the process of social change. Society is organized into different segments and each segment is working for its rights. For example,the women’s movement, lawyers’ movement, anti-government movements like PDM, religious movements and the struggle of teachers’ and doctors’ unions for their rights is gradually changing the face of society. Such movements put pressure on the government to deliver. The role of the media is always supportive of the struggling groups. In the significant presence of social media, it is not possible to strictly suppress such movements. Instead of such suppression or use of force, the government commonly prefers to sort out the issue with dialogue. Due to the pressure of civil society and the availability of communication resources, the governance style of the government is gradually changing.

Interestingly, it is a priority of the middle class to evolve a way to carry tradition and modern lifestyle in parallel. A candid conflict is observable between the advocates of tradition and modernism. Currently, Pakistani society is partially traditional as well as partially modern. It is in a transition phase. Now, civil society must play its role to identify the change, to develop acceptability of change and to maintain a suitable pace of change because it will help to promote stability and peace. Indeed, such a balanced and peaceful society is necessary for the prosperity of our nation.

Civil society has also a deep impact on culture. Culture is a complex whole which includes knowledge, belief, art, morals, law, custom, and other capabilities acquired by people as members of society. The important force that can cause a culture to change is the evolutionary processes in the civil society as well as exposure to other cultures, political  and economic philosophies, social structures, religions, languages, and styles of education.

Western influences are gradually affecting the Pakistani culture. The situation of implementation of human rights in Pakistan is a complicated issue. Western ideas have changed the educational paradigm in the country. In Pakistan, the women’s march is another powerful factor of social change which is also based on some inspirations from the West. It is gradually enabling women to play their effective role in different sectors like politics, high profile jobs and international sports. It is a movement against gender inequality.

The conversion of the joint family system into the nuclear family system is changing the social interface. Now the Pakistani youth believe in independence and individuality. These have become causes of evolution in civil society and appeared as a candid cultural and social change.

Now the media has become an important contributor to social change due to its power to rapidly disseminate information to the masses. In Pakistan, the media is playing a positive role in spreading awareness on gender bias, poverty elimination, harmony and peace. The coverage of foreign content by the media is gradually reshaping the cultural, social and religious values. But on the other hand, thr media is also working positively to educate the masses about prevailing social and political issues and religious harmony. It is also highlighting the movements and struggle for change.

Pakistani society is continuously changing due to all the above-described factors. It is swinging between two poles; one is tradition and the other is modernism. People want to adopt a modern lifestyle and benefit from modern urban facilities. Due to technology, media and modern education, exposure to western ideas is unavoidable.

Interestingly, it is a priority of the middle class to evolve a way to carry tradition and modern lifestyle in parallel. A candid conflict is observable between the advocates of tradition and modernism. Currently, Pakistani society is partially traditional as well as partially modern. It is in a transition phase. Now, civil society must play its role to identify the change, to develop acceptability of change and to maintain a suitable pace of change because it will help to promote stability and peace. Indeed, such a balanced and peaceful society is necessary for the prosperity of our nation.

Muhammad Anwar Farooq
The writer is a freelance columnist