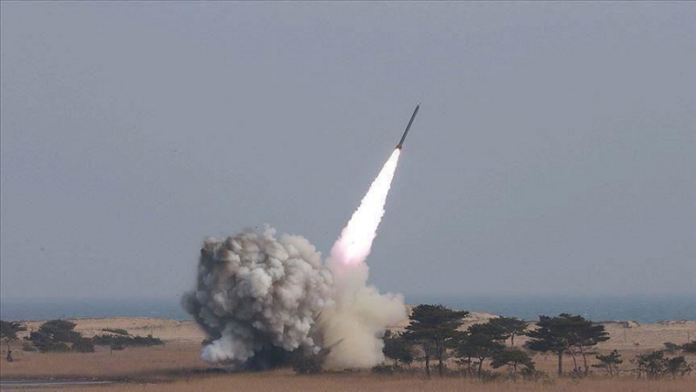 The Democratic People’s Republic of Korea (DPRK) seemed to have failed in its launch of an unidentified projectile, South Korea’s Joint Chiefs of Staff (JCS) said on Wednesday.

The JCS said in a statement that the DPRK launched the projectile from the Sunan area in Pyongyang at about 9:30 a.m. local time (0030 GMT), noting that it appeared to have failed soon after the liftoff.

It said the intelligence authorities of South Korea and the United States were conducting additional analysis.

The U.S. Indo-Pacific Command called on the DPRK to refrain from further destabilizing acts as it said is consulting closely with South Korea, Japan and other regional allies and partners.

“While we have assessed that this event does not pose an immediate threat to U.S. personnel, territory, or that of our allies, we will continue to monitor the situation,” it said in a statement. “The U.S. commitment to the defense of the ROK and Japan, remains ironclad.”

Earlier, Japan’s NHK cited the Japanese Defense Ministry as reporting that the DPRK appeared to have launched a ballistic missile on Wednesday morning.

The DPRK is yet to make comment on Wednesday’s launch.

Pyongyang conducted seven missile tests in January and twice launched components of what it said were a “reconnaissance satellite” on February 27 and March 5, both were fired from the Sunan area.

On Monday, U.S. and South Korean officials had warned that the DPRK has begun testing its largest intercontinental ballistic missile (ICBM) system and may soon conduct a full ICBM launch for the first time since 2017.

Responding to the DPRK’s latest “launch,” the Chinese Foreign Ministry on Wednesday said that all parties should avoid any actions that would “inflame the situation.”

China’s position on the relevant issues is consistent and clear, spokesperson Zhao Lijian said at a regular press conference, calling for maintaining peace and stability on the Korean Peninsula.

China advocates that all parties should actively promote dialogue and talks, he added.