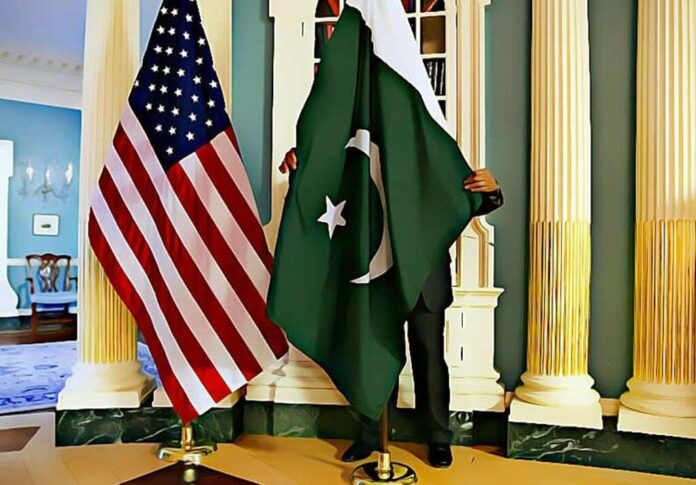 ISLAMABAD: Pakistan and the United States (US) have relaunched the Trade and Investment Framework Agreement (TIFA) process to promote trade and investment for the benefit of both the countries.

Assistant US Trade Representative (AUSTR) for South and Central Asia, Christopher Wilson said this in a virtual press talk with a selected group of journalists on Tuesday.

“We succeeded in re-launching the TIFA… we feel quite satisfied,” Wilson said. He said that a number of challenges in the relationship and difficulties that needed to be overcome were discussed in the meetings. “There was a very positive dynamic in the discussion,” he remarked.

He said the purpose of their visit to Islamabad was to principally cover some meetings related to the TIFA mechanism that the US had negotiated with Pakistan some years ago. The mechanism provides a structure to both the governments to engage in future trade and investment.

He was of the view that there had not been much activity under the TIFA for several years, so it was important to revive and effectively relaunch the process. Wilson said, during the meetings, issues related to trade, market access, workers’ rights and regulatory practices were discussed. He said, both sides felt these meetings to be productive and realized the importance of relaunching the TIFA process, which has a lot of value for both the governments.

He expressed the hope that this process would be sustained at AUSTR level and potentially at the level of trade ministers of both the countries.

To a question, he said, Pakistan had been beneficiary of the US Generalized System of Preferences (GSP). He said since the GSP expired, neither Pakistan nor any other trading partner of the US was receiving those trade preferences. He said the US congress was currently considering the reauthorization and renewal of the GSP programme.

To a question, he said the current discussions were completely focused on trade and economic issues and there was no political discussion.

“I just want to underscore that our visit was for reinforcing the trade and economic dimension of the relationship between US and Pakistan,” Christopher added.

He said that there was no discussion on the Bilateral Investment Treaty (BIT) adding that the US delegation received updated information from the government of Pakistan on the legal framework for intellectual property and undertaking of enforcement for ensuring intellectual property rights. He was of the view that both the countries can and should expand bilateral trade relationship for mutual benefit.