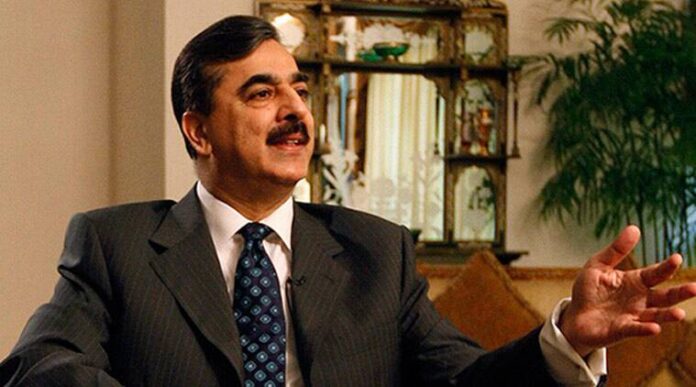 LAHORE: Former Prime Minister of Pakistan Yousaf Raza Gilani, who is also the Leader of the Opposition in the Senate, has announced to move court against the Prevention of Electronic Crimes Act (PECA).

Speaking to media at the Pakistan People’s Party (PPP) Secretariat here on Monday, Gilani also slammed amendments introduced in PECA through an ordinance.

“The PECA is a fear factor for the government and such laws are made to harass the media and opponents. The government is taking such steps to hide its incompetence,” he said.

He said all political parties and the media have rejected the ordinance and even the Parliament should not ignore it.

“The Senate met on February 17 and the ordinance was presented on February 18. Not tabling ordinances in the Senate and National Assembly means that the government does not believe in the Parliament,” he argued.

Gilani alleged that whenever a law is presented in the Senate, the Chairman of the Senate did not follow proper procedure for its approval.

“The government wants to harass the media, civil society and social activists by enacting such laws,” he said and added that the PPP was launching Long March to oust the PTI regime.

Spelling out the strategy of the long march, Gilani informed that the long march would start from Karachi on March 27 and would reach Badin on the same day and the first night would be spent there.

According to the former prime minister, the convoy will then reach Hyderabad and stay there on the night of March 28.

“On April 1, we will reach Sukkur and on April 2, we will arrive first at Rahim Yar Khan and then Bahawalpur. The public convoy will then leave for Multan on April 3 and a grand rally will also be held at Nasir Bagh in Lahore which will be supported by the Members of Parliament,” he said.

Gilani further added that it was decided in the PPP Central Executive Committee meeting that the members of Pakistan Democratic Movement (PDM) would not resign from the assemblies.

“That is why the PDM won the by-elections and the Senate elections. Every day petrol prices are increased, people do not have jobs and there is lawlessness everywhere,” he added.

The opposition leader in the Senate further said that when Imran Khan was on the container then the media was with him, then why not now?

“The foundations of the government have been shaken and the situation is out of their hands. The opposition is organized inside and outside the parliament and is fighting for the rights of the people. We are also in touch with PML-N, Jamaat-e-Islami and other parties regarding the long march,” he concluded.

May 23, 2022
All-rounders Shadab Khan and Mohammad Nawaz have returned to Pakistan's squad for next month's one-day international series against the West Indies, selectors said on...