Balochistan: Left-Wing Terrorism and its Apologists

There is no justification for any terrorism, whether from left or right 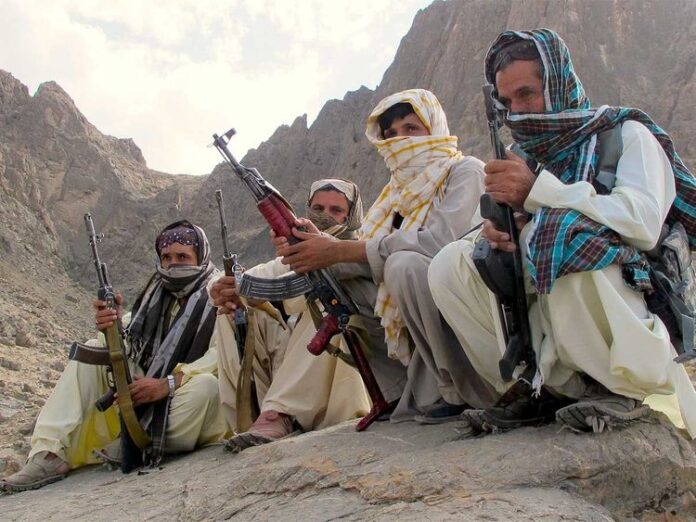 Many of us have grown through the last decade where Pakistan fought a decisive war against the right-wing terrorism. We as a nation had our own ups and down in that phase but we finally overcame the menace of terrorism in an unprecedented show of unity. Pakistan is facing yet another wave of terrorism, this time by left-wing ethno-fascists, who disguise themselves as the champions of rights and ironically snub the rights of others by killing them or threatening their existence. The point here, however, is about our response. Are we dealing with them in a same way we dealt with the right-wing terrorists? This is a serious question that begs an introspection.

A conventional war is always easier to be fought, with a known enemy and clear targets in sight, but the one that the state is up against in Balochistan is far from conventional. We have been put into an equation where we have a very fine line drawn between the masses with some genuine, some perceived grievances and the foreign-backed militants, some mercenaries, some misled ideologues.  The latter however, continue to exploit the former as well. This exploitation continues at multiple levels. From media to educational institutions, political parties and pseudo-intelligentsia, the voices are emerging in defence of this left-wing terrorism that is out on a limb in Balochistan.

Why do we have different standards this time? What was preached through Mullah Fazlullah’s radio is being preached through their Twitter spaces today, the fatwas are replaced by the columns and the role of madrassahs is taken by the elite universities. It is about time that the state wakes up to this emerging threat and nips it in the bud before it spreads more. It should be made loud and clear to everyone that there can be no justification of violence no matter how grave one considers one’s concerns to be. An unambiguous stance is needed to curb this menace before another APS shakes up our conscience.

Some of our elite universities have become the breeding ground of left-wing terrorism. There is that section of radical academia who exploit the grievances of the students from peripheries, intoxicate the minds of innocent youth, lure them into the armed clashes, who end up dying in a clash that serves no purpose at all. Take an example of the two students of Quaid-i-Azam University Islamabad, who after getting all the possible privileges from the state, joined militants to fight the same state. One wonders, for what purpose? Did the state bar them to achieve any feat that they would have wanted in any dignified society? No. In fact, educated Baloch have been rising to every possible height of public office in the state of Pakistan. From Prime Minister to President, Generals to Judges and Bureaucrats, the sky’s the limit for them but there is that false sense of pessimism fed into their minds which result in their radicalization.

There is no denial that Balochistan has historically been left behind and faced the disparity in development; the HDI of the province speaks for itself. However, this lack of development in the region has had multiple reasons. Geographical gross disadvantage and corrupt ruling elite (both at provincial and federal level) played a major role in that.

To imply that the state has deliberately downplayed Balochs on ethnic basis is not just being ignorant but a total fabrication to say the least. It is a propaganda that is rife in different educational institutions which normally goes unchecked by the state. Interestingly, Balochs living outside the province of Balochistan are more in number than those living in Balochistan. The current CM of Punjab is an ethnic Baloch who is ruling the province of majority Punjabi population, and another Baloch is calling all the shots in the province of Sindh as a Chairman of the ruling party. This completely denies the idea of ethnic injustices to Balochs, which is wrongly portrayed by some.

From the 1970 KGB-sponsored London meeting for creating a ‘Greater Balochistan’ to the arrest of Kulbhushan Yadav in 2016, foreign elements have always played a big role in inciting the people of Balochistan against the state, however, the means have changed this time. We are dealing with 5th generation warfare in which there comes an extra responsibility on the media which should be to create awareness about the measures that the state has taken up in recent years. In recent years, the state has mostly gone an extra mile in helping out the Balochs and Balochistan, be it in shape of paying Balochistan’s share of heavy penalty on Rekodiq, going out of way to increase the province’s share in the NFC or in shape of different federal government packages like the Aghaz-e-Haqooq-e-Balochistan and Southern Balochistan packages.

However, the media in Pakistan is predominantly occupied by the left-wing apologists. These media persons overtly or covertly support the nationalist, left wing ideas including those of the extremists by continuously peddling one-sided, agenda-driven pictures in their shows and write-ups which paint the state of Pakistan in a negative way. This in a way builds up and strengthens the half-cooked narrative of the people that they were taught in their school, college or university.

Additionally, these media groups also promote the like-minded people as the intelligentsia who add-up to the already biased voices echoing from these media chambers. This as a result multiplies the flawed narrative that is fed to the masses, while the voices from the other side are completely ignored. When Pakistan was dealing with the right-wing terrorism, none of their apologists could dare to appear on television and tell us about the ‘concerns’ of Tehreek Taliban Pakistan (TTP). This however, is not the case this time. In the wake of recent attacks in Nushki and Panjgur, we have seen apologists appearing not only on television screens but on social media spaces as well, where they blame the state for this terrorism and try to justify the reasons of these extremists in taking up the arms and choosing the path of terrorism with their self-conceived lame explanations.

Then, to add up to all this, we have the ethno-sub-nationalist-political parties in Balochistan who blame the state and federal government for all the mess in Balochistan despite being the stakeholders themselves numerous times now. The leadership of these political parties has shied away from openly condemning the terrorist attacks is Nushki and Panjgur.

Interestingly, most of these left-wing political parties and their supporters used to accuse the state of Pakistan as a right-wing terror apologist, and that too by rubbing salt on the wounds of the state, when it was facing heavy human and economic losses at the peak of militancy. It is probably the time to question the ethno-nationalist leadership in a similar way now, who seem to be reluctant in condemning this left-wing terrorism. Shouldn’t they be condemning this left-wing terrorism openly without any ambiguity?

Why do we have different standards this time? What was preached through Mullah Fazlullah’s radio is being preached through their Twitter spaces today, the fatwas are replaced by the columns and the role of madrassahs is taken by the elite universities. It is about time that the state wakes up to this emerging threat and nips it in the bud before it spreads more. It should be made loud and clear to everyone that there can be no justification of violence no matter how grave one considers one’s concerns to be. An unambiguous stance is needed to curb this menace before another APS shakes up our conscience.