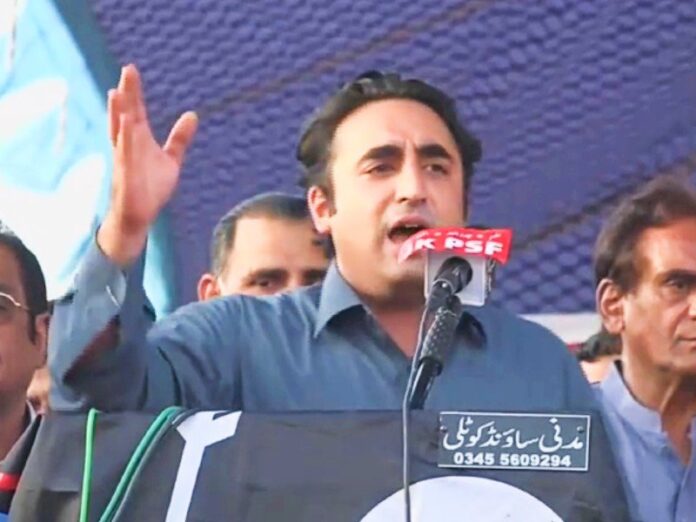 PPP Chairman Bilawal Bhutto-Zardari on Monday stated that the unemployment and inflation rate in the country has surged at historic levels because of the “incompetent government,” so the PPP will march from Karachi to Islamabad to oust the PTI-led government “constitutionally and legally”

Criticising the PTI-led government, Bilawal stated that owing to the growing inflation in the country, “farmers go to sleep on an empty stomach and they want us to solve their issues,” adding that the PPP has always had the stance that “a prosperous farmer means a prosperous country.”

The PPP chairman, while addressing a rally in Hyderabad stated that the PPP has always stayed by the poor’s side and farmers were provided with their rights during Zulfiqar Ali Bhutto’s tenure.

He went on to say that the prime minister has “distributed the water throughout the country unjustly” and that the “economic slaughter of the farmers is intolerable.”

Bilawal urged the public to rebel against the economic system to bring land reforms. Calling Imran Khan a “puppet”, he said that the country was self-sufficient during Zardari’s stint in power but has now become “helpless”.

“The only way to save the farmers and the country’s agriculture sector is to oust the PTI-led government,” he added.

Talking about PPP’s long march that is set to take place on January 27, Bilawal said that the party will march from Karachi to Islamabad to get rid of the government “constitutionally and legally.”

Bilawal assured the masses that tax will be taken from people who live in big houses and that he wants a “mayor for Hyderabad”.

He went on to state that people will not be able to fight for their rights as long as ethnic and linguistic conflicts don’t end in the country, adding that the “PPP will ensure everyone — whether they speak Sindhi, Pushto or Urdu  — will not be treated unjustly”.

He went on to add that the members of the incumbent government belonging to Sindh are trying to harm their own province.