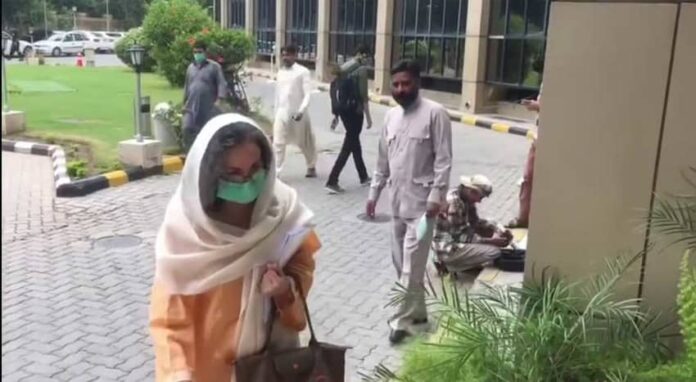 Sarina wrote a letter to the NAB chairman and prosecutor general and mentioned in the letter that the law minister broke the law to protect himself from criminal prosecution and that he tailored an amendment to the income tax law.

“Section 216 of the Income Tax Ordinance states that tax records ‘shall be confidential’ and if these are accessed (other than by income tax officers) anyone doing so commits a criminal offence. Gentlemen, when you accessed my tax records you broke the law. In my review application submitted to the Supreme Court, I protested against this violation of the law and requested that action be taken. My review was accepted; detailed reasons are awaited. Apprehending that your careers would end and you would face criminal prosecution you proposed an amendment to the existing law”, the letter stated.

Sarina, while addressing the law minister, claimed that he dishonestly drafted the Finance (Supplementary) Bill by adding an exception to section 216 to protect him from prosecution for violating the confidentiality of her tax records, and did so when the detailed judgment of her review was awaited.

“Is this not contempt of court? The fact that you have inserted the amendment and state that it ‘shall always be deemed to have been so added’ is a clear admission of guilt that you and others committed an offence under section 216″, Sarina stated in the letter.

“Clearly you all committed another offence, the one mentioned in section 9(a) of the NAB Ordinance, which states that if anyone in power, ‘misuses his authority so as to gain any benefit or favour for himself or any other person, or if he does anything ‘which grants of attempts to grant any undue benefit in any taxation matter or law’ commits the offence of corruption and corrupt practices,” the letter stated.

“Chairman and Prosecutor General of NAB, I have named the persons who first committed an offence under section 216 of Income Tax Ordinance and then to save themselves from its consequences committed another offence under section 9(a) of the NAB Ordinance of corruption and corrupt practices. I am confident that NAB will prosecute them; the NAB motto Say No to Corruption requires nothing less,” the letter further stated.