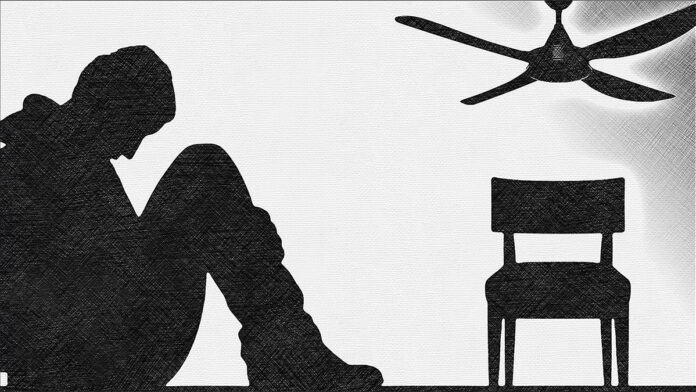 UMERKOT: During the year 2021, around 96 people, including 40 women, took their own lives in Umerkot.

According to a report published by an NGO, the majority of the people who took their lives were married.

Getting married at a young age and being blackmailed through social media for various reasons were the two main reasons which led to the spurt in the suicide cases, per the report.

The researcher, Sardar Bhaio, said people are being blackmailed on social media, adding that “many kids wrote letters before taking their lives”.

“Parents are marrying off their children at a young age without their consent which is why the suicide rate has been increasing,” he added.

The report further added that suicide cases are not usually reported as families think it would be “disgraceful”.

On the other hand, police suspect many suicide cases to be murders which stops people from reporting these cases.

Cases are reported if reason for death is unnatural: SSP Umerkot

Senior Superintendent of Police (SSP) Umerkot Mukhtiar Khaskheli said that the police probes the matter if the reason for death is unnatural, adding that “the police registers a first information report (FIR) upon confirming that the person is murdered”.

The report also stated that usage of drugs among men, domestic issues, poverty, and sexual harassment are the motives for suicide.