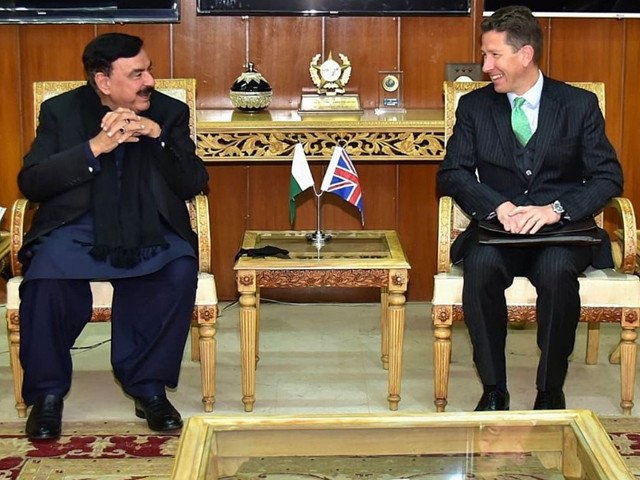 According to a press release, issues of mutual and bilateral relations came under discussion during the meeting.

The two sides agreed to finalise and sign at the earliest agreements for repatriation of convicted citizens and criminals.

They were of the view that bilateral agreements would further strengthen cooperation between the two countries.

They realised that the agreements are in the interest of both countries and there is a need to accelerate progress on these.

Speaking on the occasion, the interior minister said Pakistan and the United Kingdom have long-standing ties and “we attach immense importance to our relations”.

He said that Pakistanis residing in the United Kingdom are also helpful in promotion of bilateral ties.

The high commissioner said Pakistan and the United Kingdom have friendly relationship. He also appreciated Pakistan’s assistance in evacuation of foreigners and Afghan citizens from Kabul.