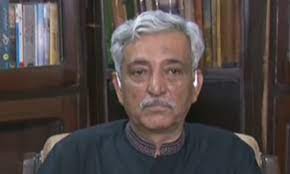 The Lahore High Court (LHC) directed the Federal Investigation Agency (FIA) on Friday no to take any coercive measures against ex-DG Bashir Memon.

According to details, Memon had filed a petition in the high court maintaining that he had been implicated in false cases that had nothing to do with him. He further sought direction to the FIA for providing a record of all pending inquiries, FIRs against him.

He went on to accuse the FIA of levelling false allegations of helping out an accused against whom the Interpol had issued a red-warrant.

Memon’s counsel, Rana Abdul Maruf Khan, urged that his client was being dragged in such cases or other matters by the FIA. He said the FIA later began knocking on the doors of the district court from where the former DG had obtained pre-arrest bails in three cases pertaining to charges of money laundering.

The counsel went on to state that his client was shocked when, during an online interrogation, an FIA official revealed that some inquiries of a serious nature, involving the direct criminal role of the petitioner, were ongoing against him at the FIA headquarters in Islamabad.

At this, the counsel said that his client wrote to the FIA and sought the details of the inquiries and investigation against him however, nothing was provided to him.

“[The] Petitioner and his family have faced immense hurdles even to sustain themselves through lawful business due to the vendettas and grudges of government circle, so much so that one government advisor was even quoted as saying that they are after petitioner’s assets and also his son Behzad Ahmed Memon who is running ghee mills in FATA area,” the counsel further said.

“It may be submitted such scandalous and bizarre statements not only affected the business of the petitioner’s family but also dealt an irreparable blow in the already poverty-stricken and impoverished area of FATA area which was granted exemptions from certain fiscal policies of the federal government,” the counsel added.

The petitioner’s counsel further requested that until a final decision is taken, court should restrain FIA from taking any coercive measures, such as harassing and arresting Memon.