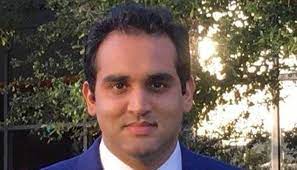 The UK Government’s Department for International Trade announced the appointment of a British Pakistani House of Lords member’s appointment at the important position.

The Department For International Trade said: “Congratulations to Graham Stuart and Lord Sarfraz who have been appointed as two new PM trade envoys. They will engage with their overseas markets to identify trade and investment opportunities for British businesses.”

British High Commissioner to Singapore Kara Owen welcomed Lord Sarfraz’s appointment and said: “Delighted to welcome Lord Sarfraz as our new trade envoy to Singapore following fantastic progress on trade and digital economy agreements in 2021, we look forward to working together to create more partnerships, jobs and growth in 2022.”

She added: “Lots of exciting work to be done to strengthen trade and investment relationships in the region.”

Lord Aamer expressed his joy at the appointment and said: “Singapore is Southeast Asia’s economic and technology hub, and the UK-Singapore relationship is very strong. I am particularly excited about the UK-Singapore Digital Economy Agreement, the most comprehensive digital trade deal in the world.”

It is pertinent to note that the British-Pakistani businessman Sarfraz was made a member of the House of Lords on the advice of British Prime Minister Boris Johnson in August 2020.

At the age of 40, Sarfraz is one of the youngest members of the House of Lords.

A fluent Urdu speaker whose parents originate from Gujrat, Sarfraz has written articles on British politics, stressing the need for British-Pakistanis and Muslims in the UK to join the mainstream political process.