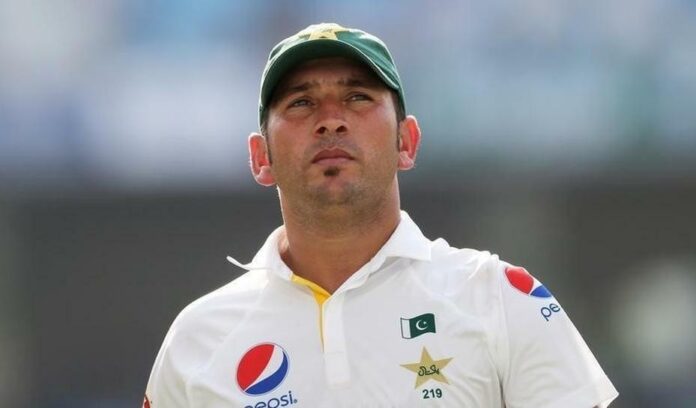 Islamabad police on Wednesday dropped Pakistan Test cricketer Yasir Shah’s name from the first information report (FIR) of a rape case filed at Shalimar Police Station after the complainant withdrew her allegations against him, according to a news outlet.

Last month, the police had named Yasir in the case for allegedly aiding in rape and harassment of a 14-year-old girl.

“The victim admitted that Yasir Shah’s name was included in the FIR due to misrepresentation,” said the supplementary report prepared by the concerned police station.

“Yasir Shah has nothing to do with the alleged rape case,” police said.

Meanwhile, a trial court in the federal capital rejected the request of Farhan for pre-arrest bail. After the court’s decision, the accused fled from the courtroom and officials were unable to arrest him.

Later in the day, Yasir said: “The truth has been prevailed. Alhamdulillah! The harassment case against me has been dismissed with the support and prayers of my fans, family and PCB. It would not have been possible without their trust. I am the representative of Pakistan, whoever tries to defame me is defaming the country.”

He added that only the haters of the country could stoop so low and indulge in levelling such allegations for personal interests.

“I’m also in the process of filing a case for defamation against the ones who are involved in this,” he further said.

In the complaint, the girl had said that Yasir’s friend Farhan had allegedly raped her at gunpoint, filmed her ordeal, and harassed her.

“When I approached Yasir on WhatsApp and told him about the incident, he made fun of me and said that he likes underage girls. He said that he is a very influential person and knows a high-ranking official […] Yasir and Farhan make videos and rape underage girls,” she had alleged in the FIR.