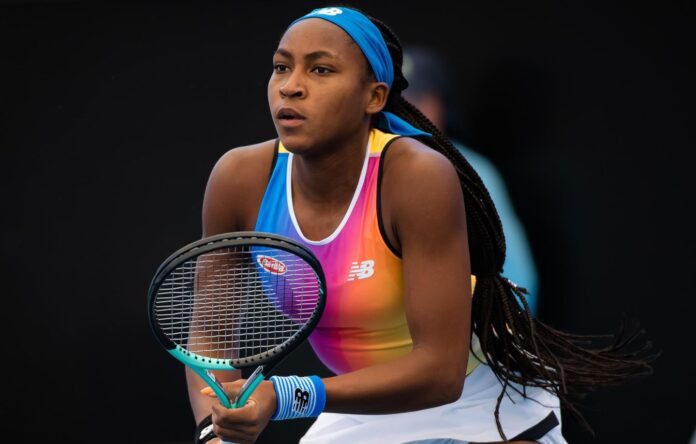 ADELAIDE: Coco Gauff battled to a 6-3 5-7 6-3 win over unseeded Ukrainian Marta Kostyuk at the Adelaide International 2 WTA tournament on Wednesday to join four other Americans in the quarter-finals.

Madison Keys, Alison Riske, Madison Brengle and Lauren Davis also won their respective matches in the round of 16 earlier in the day to book their spots in the quarter-finals which will take place on Thursday.

Gauff, who pushed world number one Ash Barty before losing their second-round meeting in the Adelaide International 1 event last week, raced ahead 4-1 in the opening set against Kostyuk before grabbing the early lead in the match.

Kostyuk raced to 5-3 in the second set and wasted three set points to allow Gauff to draw level, but dragged the clash into a decider when the third seed sent a forehand wide.

A decisive break in the seventh game of the third set gave Gauff the upper hand again and she held her nerve to prevail.

Earlier, former U.S. Open runner-up Keys hardly broke a sweat in her 6-1 6-3 demolition of Czech Tereza Martincova while Riske was equally ruthless as she powered past Anhelina Kalinina of Ukraine by a similar scoreline.

Brengle downed Swede Rebecca Peterson 6-3 6-2 while Davis was made to work hard by Jasmine Paolini before coming away with a 4-6 6-4 6-4 win.

In the men’s event, local hope Thanasi Kokkinakis withstood a barrage that included 23 aces from American John Isner before sealing a 6-7(5) 7-6(5) 7-6(4) victory over the second seed to reach the last eight.