Why no punishment for the ACs? 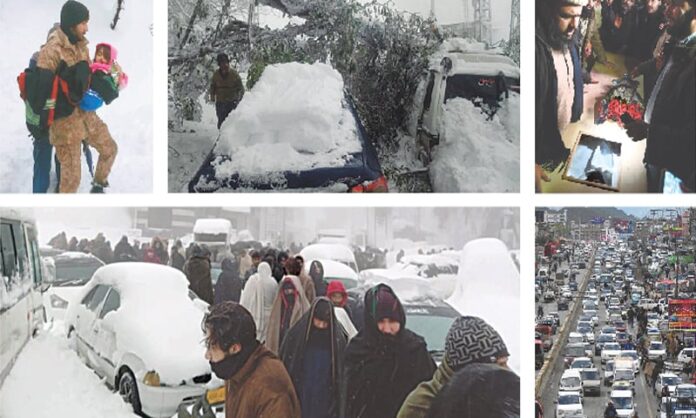 Pakistan is situated in the world’s most beautiful region, having sea, sand dunes desert, mountain, forest five ancient rivers with ancient civilizations, etc, and the bleak picture portrayed by Western media is wrongfully propagated, the safety concerns sprouted by twisted media are false, a tourist is always welcomed and safe in Pakistan.

People like me living abroad always market Pakistan as “The Best Destination” to foreigners around me in the love of my country. Even last summer, I was luring my class fellows to visit Pakistan where according to me, “all is well” for tourists.

Our current government has made tourism its priority, by envisioning the scope of it in terms of economic, public, and cultural diplomacy, and until yesterday I was the biggest self-claimed goodwill ambassador of Pakistan tourism in Europe, convincing anyone who gavethe slightest hint of being ready to listen on the subject.

The problem with the self-claimed unofficial, motherland propagandist like me is always that our state does not miss any chance to blow the facade we are putting on.

Just in two days more than 20 people died at our one of the biggest tourism landmark. People died of cold and hunger inside their vehicles after utmost incompetence of district government. The Army had been called in for the rescue, though the district government was equipped with the latest machinery during the previous government which the current government is even unable to utilize.

How can a wishful thinker like me convince a foreigner to visit when the safety of a domestic tourist is not ensured? The previous corrupt government at least did not halt the state pillars by jeopardizing them in order to follow personal self-obsessed agendas. At least the bureaucracy, judiciary, and armed forces were working on auto mode, and the coming and going of regimes does not pause their working but Pakistan’s history is experiencing a total halt for the first time in its entire history.

I had been staying in Murree in the past and I know the Murree administration has state-of-the-art machinery for road clearance in winter like ice removing mechanical shovels procured by previous governments. There is a total administrative structure including Police, Traffic Police, district administration, local government etc and they all waited to let people die in their vehicles from hunger and cold. What a barbaric response of the civil government!

I watched a video of Interior Minister Sheikh Rasheed recorded on the third day of the crisis in which he said that the administration of Rawalpindi and Islamabad put in untiring efforts to deal with the situation; however, a huge influx of tourists had already been witnessed in Murree, Galiyat, and Barian making it difficult for them to clear the roads. Sheikh Rashid told that now all roads towards Murree had been blocked and they had decided to seek the undeclared help of the civil armed forces. Why then did Assistant Commissioner Rawalpindi, Assistant Commissioner Murree, and Assistant Commissioner Abbottabad not stop traffic flow towards Murree when the situation started aggravating with huge traffic jams and even videos of the situation were excessively being posted on social media?  I request followers of the government please do not troll me for this simple and innocent question.

After the historic disaster in Murree, the Interior Minister informed people that he was himself supervising relief and evacuation activities and also asked the locals to come forward for the help of stranded tourists who were in dire need of blankets and food.

My last question is where was the National Disaster Management Authority (NDMA) and its provincial wing when this disaster was reported on social media? I did not see news of this disaster in government-friendly media till such time as the Army was called in so it looks that this news of the failure of district administration was either censored or deliberately placed as “not important”.

How can a wishful thinker like me convince a foreigner to visit when the safety of a domestic tourist is not ensured? The previous corrupt government at least did not halt the state pillars by jeopardizing them in order to follow personal self-obsessed agendas. At least the bureaucracy, judiciary, and armed forces were working on auto mode, and the coming and going of regimes does not pause their working but Pakistan’s history is experiencing a total halt for the first time in its entire history.