Challenges for Pakistan in 2022 and ahead 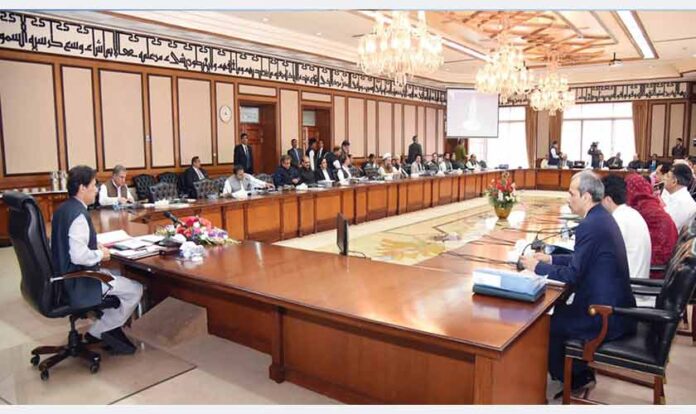 The year 2021 has been depressing for a great number of people across the globe. From the suffering of the Palestinians despite Israeli PM Benjamin Netanyahu’s exit, a Taliban takeover in Afghanistan, and the arrival of hardliners in Iran to the New Cold War made global headlines.  Of course, the pandemic seemed untamed, which in effect not only shaped the year, but its manifest disasters also left no stone unturned. In other words, the pandemic seeped into society like air in the atmosphere. Despite poor spending on the social sector, Pakistan till now has done well as far as the pandemic is concerned. The year 2022 will be dominated by five fault lines for Pakistan, nevertheless.

On the economic front, Pakistan’s record has been one of the worst in its entire history. Enormous deficits have shaped virtually all sectors. To cope with these hydra-headed deficits, the only strategy of the government is to hope that the global oil and commodity prices go down. It shows how troubled the country is. According to the State Bank Reports, Pakistan’s yearly inflation shot up to 12.3 percent in December. The way the government handles affairs, it’s anything but difficult to predict that inflation will prevail throughout the year in one form or the other. If that is not enough, the IMF conditions have denuded Pakistan of its fiscal as well monetary sovereignty. In short, inflation will be a new normal this year.

While half of Pakistanis find it hard to put food on the table, the arrival of new Afghans can be potentially unsustainable. Of course, Pakistan should host as many Afghans as it can— there are 1.5 million registered Afghan refugees in Pakistan— but the fact is that the cost of such actions is borne by common Pakistanis. Given that in Afghanistan, half of the population lives below the poverty lines, 23 million find it hard to eat and drink, and children and women are starving en masse, it seems impossible that Pakistanis can slam their door for their brothers. Neither it is humane nor is it possible.

One thing is for sure. Letting things go like today doesn’t seem sustainable. 140 million youth can go bonkers if they find it hard to live decent lives. For the ruling class and the elite, it seems a far-stretched forewarning, every change had come uninvited, unpredicted, and all of a sudden. It is about time the elite class and the ruling class caters to the needs of Pakistan and Pakistanis, otherwise, it would be too late and they will lose everything they have and care for.

The Taliban, against all the rosy pictures they portrayed at the beginning, are playing with the lives of not only hapless Afghans but the future of the country and the region as well. Economically bankrupt, socially chaotic, and politically barbaric and tactless, the ragtag group has no idea of modern statecraft, let alone a fully functional polity. They would go to any extent to implement their version of Islam, which can render the whole region a battleground of various crimes— militancy, drug trafficking, religious-based killings to name a few. These will eventually spill over into Pakistan for obvious reasons.

Another fault line for Pakistan emanates from its newly unhappy marriage with the militant groups.  For the record 2021 saw a 56 percent rise in terror attacks in Pakistan in which no less than 850 people lost their lives. Of course, the uptick in crimes went up owing to the rise of the Taliban, but the state’s checkered history coupled with the ambivalence about calling a spade a spade cannot be overstated. It was our PM who said that the Taliban had “broken the shackle of slavery,” and later approached their cousins— the TTP and the TLP, whose hands are stained with Pakistanis blood— to bury the hatchet. While the pyrrhic victory of the Taliban gave encouragement to other militant groups in Pakistan whose attacks are in full swing, the upcoming year may give us security threats, thanks to our leaders’ appeasement of these militant groups.

Politics in Pakistan’s history had been anything but stable, but the PTI has exacerbated the whole situation. Year after year, political witch-hunt, intimidations, and political ravage have defined this regime. This year will show us the old wine in new bottles. Nawaz’s comeback, the PML(N)’s resurgence, PDM’s Inflation March, and the future of PTI will be political hot potatoes in Pakistan.

Additionally, political parties will enter into election mode. In this backdrop, it will be interesting to see which way the camel— the establishment— sits. Whatever happens, political instability will prevail or rather metastasize to another level.

Although the government has tamed the virus to some extent, with its new variant, the deadly virus can overwhelm the country in no time. At best, Pakistan will grapple with the situation; at worst, like India, if vaccination doesn’t go unabated and the  newer variant shows its invincibility, there can be a heavy cost. Most probably the former will be the case. In one way or the other, the pandemic will remain here in the milder form at least.

If the past year gave us Goosebumps, this year will not take them away. Pakistan has structural issues which can’t be solved at the drop of a hat. Sadly, this country is going down the road to self-harm. Our elite has no idea of how much the country, its poor and middle-class pays for their lavish or rather complacent lifestyle in a country in which nothing is functioning. On the one hand, there is a dichotomy on each front; on the other, this balkanization goes unaddressed with the passage of time. For instance, for 70 years both liberals and fundamentalists debate on the way Pakistan has to be. By the same token, each group picks its own heroes and villains.

Add to these the unending economic experimentations we’ve had for the last five decades. Without cost-benefits, one system is supplanted with the other at the whim of a ruler, which has taken us to a dead-end from which only suicide seems inevitable. Worse so, our dictators try to seem democratic, but our so-called elected leaders find any democratic value like freedom of speech or media freedom an anathema to their rule.

One thing is for sure. Letting things go like today doesn’t seem sustainable. 140 million youth can go bonkers if they find it hard to live decent lives. For the ruling class and the elite, it seems a far-stretched forewarning, every change had come uninvited, unpredicted, and all of a sudden. It is about time the elite class and the ruling class caters to the needs of Pakistan and Pakistanis, otherwise, it would be too late and they will lose everything they have and care for.