Should overseas Pakistanis be allowed to vote in general elections? 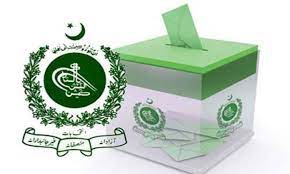 For years there has been a debate on whether overseas Pakistanis should be allowed to vote or not. They have felt disenfranchised by their own homeland, despite remitting large sums of money annually. In 2020-21 remittances totaled to a record of $29.4 billion. Although many political parties have incorporated their right to vote in their manifestos, no concrete methodology exists so far. The PTI government recently succeeded in giving overseas Pakistanis voting rights, by getting the bill passed in a joint session of Parliament. This decision was welcomed by overseas Pakistanis, but it has also sparked debate on whether they should be allowed to vote at all? And if they are allowed, should they vote in constituencies or have reserved seats.

The Election (Amendment) Bill 2021 allowed overseas citizens to vote, and gave a go-ahead for electronic voting machines (EVM) for next general elections. It has since then been on the receiving end of rejection from opposition, who challenge the amendments. Raising concerns that the incumbent government is trying to secure another term by allowing overseas Pakistanis to vote. There will be a surge of swing voters that could drastically change election outcomes. The Election Commission has also previously expressed its reservations regarding the use of EVMs and I-voting, which is proposed to be used for next general elections. And over the security of the technology and whether or not it could be used to manipulate election results.

Political parties have also shown apprehension about the Bill. Raising points that overseas Pakistanis do not face the ground realities and hence should not be allowed to decide who governs the local population in Pakistan. Which is a valid argument, considering the size of the population and how much they could impact the overall results. Recently a video of an overseas Pakistani woman made rounds on the internet, in which she schooled Pakistanis on their reaction to the increased inflation in the country. It would be wrong to generalize 9 million people over the actions of one, but such incidents have given Pakistani people enough reason not to trust a large part of the overseas population to take part in crucial decision making.

Pakistan will not be the only country to allow overseas citizens to vote. There are 43 other countries who let expatriates vote, however, not all of them give liberties that Pakistan has extended to its foreign residents. There are strict regulations to be followed in some countries whereas some have made it compulsory. There are no uniform rules for overseas voting and every country has its own model.

Pakistan has allowed dual nationals to hold onto their foreign nationality and vote in General Elections. This could be a point of contention amongst some, who believe that Pakistan should have stricter rules in place to determine who gets to vote or not. The government could consider learning from other voting systems, to mitigate the concerns raised by people.

India for example, allows overseas citizens to vote, however the fact that Indian nationals cannot hold dual nationality rules out many overseas voters. People can vote if they have left the country for employment or education purposes and are eligible voters within India. Whereas in Pakistan’s case since every foreign national is allowed to vote, which may include those who have not visited the country in decades. Brazil however, allows dual citizenship and has made it compulsory for every Brazilian national to vote. Overseas voters can vote at their nearest Embassy, whereas local Brazilians use electronic voting systems. This also provides a possible alternative to the i-voting system which has been scrutinised by ECP.

As a solution Pakistan could also have reserved seats for the overseas Pakistanis. That could guarantee accurate representation and advocacy for their issues. However, one has to be mindful of the fact that a large population of Pakistani people living overseas do not hold dual nationality or any form of citizenship, such as workers in the Middle East. They are as in touch with Pakistan and its issues as any other Pakistani citizen, for them to have separate reserved seats would not be a desired outcome. Some might even object to voting in overall constituencies, once they feel inappropriately represented or their issues are overlooked.

One could say that the problem does not lie with overseas voters; but more with the process of voting. What Pakistan needs to focus on now is political consensus, and it is especially important to ensure complete implementation and acceptance of the Bill. However, the Pakistani government has yet to decide on how it will arrive at a collective agreement between all political parties. It would also be wise to take into consideration the fact that the current government holds immense popularity overseas, and can be expected to take full advantage of it come the next elections.