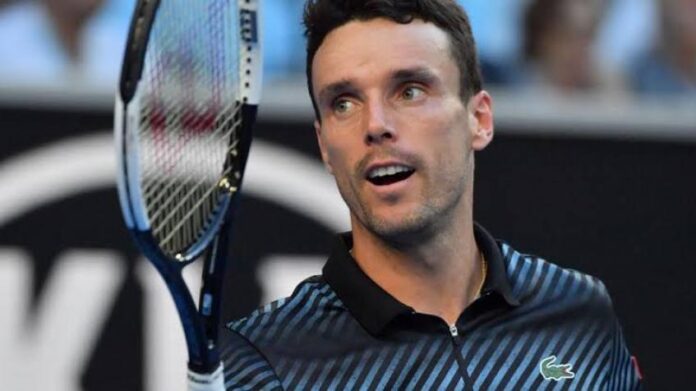 SYDNEY: Roberto Bautista Agut got Spain’s New Year off to a perfect start Saturday with a crushing ATP Cup win over Chilian world number 17 Cristian Garin as he spearheads the team in Rafael Nadal’s absence.

The 33-year-old, ranked two places below Garin, barely broke a sweat in the 6-0, 6-3 win at the Ken Rosewall Arena in Sydney, ensuring Spain won their Group A tie on day one of the season-opening tournament.

“I played a very solid game, good rhythm and good speed,” he said. “I’m very happy because I won my point for the team.”

Bautista Agut, a nine-time ATP Tour titlist, was part of the Nadal-led Spain team that made the final at the inaugural teams event in 2020, when they were beaten by Novak Djokovic’s Serbia.

He is the lead singles player this time after 20-time Grand Slam champion Nadal opted to play an Australian Open lead-up event in Melbourne instead.

Whether Nadal would make it to Australia at all was in doubt after he tested positive for the coronavirus after an exhibition tournament in Abu Dhabi last month.

But he tweeted a photo of himself on an empty court at Melbourne Park late Friday with the comment: “Don’t tell anyone […] here I am.”

A number of other players in Abu Dhabi also tested positive, including Russia’s world number five Andrey Rublev, who is out of the ATP Cup.

Spain’s number two, the 20th-ranked Pablo Carreno Busta, earlier came through 6-4, 7-6 (7/4) against Chile’s Alejandro Tabilo, battling back from 3-0 down in both sets.

Each tie comprises two singles matches and one doubles with the winning nation from each of the four groups making the semi-finals.

“So it was comfortable for me to start the second point with already a win for the team.”

In the evening ties, Serbia — who are without Djokovic — kick off against Casper Ruud’s Norway in Group A while Stefanos Tsitsipas’s Greece take on Poland in Group D.