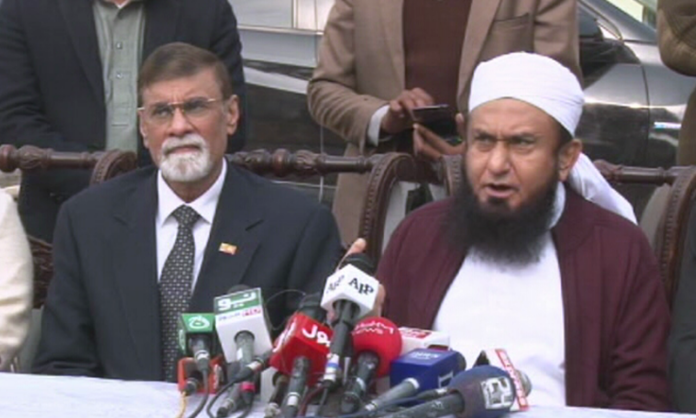 Kumara, a senior manager at a factory in Sialkot, was tortured to death on December 3 by hundreds of protesters, including the factory employees, and his body was later burnt.

Talking to the media after the meeting, Ashrafi, while condemning the Sialkot incident, said that the factory’s management has decided to bear all the expenses of the two children of Kumara, besides giving the position of senior manager to a Sri Lankan citizen in the factory.

The whole Pakistani nation is ashamed for that barbarity. No one has the right to burn anyone, he added.

Speaking on the occasion the Sri Lankan high commissioner thanked both dignitaries for visiting the embassy and said that the Sri Lankan government is fully satisfied with the steps taken by the Pakistani government.

Earlier on December 7, clerics from various schools of thought had visited the Sri Lankan Embassy in Islamabad and unanimously condemned the lynching of Kumara, calling it “un-Islamic” and extrajudicial”. They had demanded that strict legal action be meted out to those responsible.

With input from APP