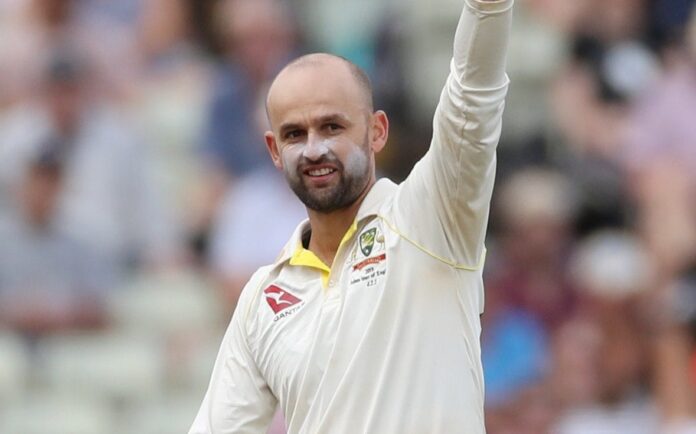 BRISBANE: Australia’s Nathan Lyon said reaching the milestone of 400 Test wickets in Saturday’s big Ashes win and joining cricket’s greats had not yet sunk in.

A classical off-spinner, the 34-year-old removed Dawid Malan for 82 on the fourth day of the first Test against England to write his name in Australian sporting history.

Speaking immediately after playing a central role in Australia’s nine-wicket victory at the Gabba, Lyon said: “It hasn’t really hit me yet to be honest.

“No doubt I’ll get my phone and call my family and friends, and that will probably hit a little bit closer to home, I guess.

“But it’s something that I’m very proud of, there’s no doubt about that. It’s been some hard toil to get it, but it’s very rewarding, that’s for sure.”

Ahead of the Test, Lyon had nominated England captain Joe Root as the scalp he would like as his 400th, given they have played so much against each other.

He had to make do with Malan, with Marnus Labuschagne taking the catch at silly mid-off.

Lyon, in his 101st Test and after a decade on the team, became just the 16th player worldwide to achieve the feat and only the third Australian after Shane Warne and Glenn McGrath.

England star Jimmy Anderson is third on 632, but was overlooked for the Brisbane Test, as was fellow paceman Stuart Broad, who is sixth on the list with 524.

Lyon took 4-91 in the second innings to move to 403 wickets overall.

Next in his sights is West Indian great Curtly Ambrose, who has 405 wickets.

Australian captain Pat Cummins stressed how important Lyon was to the team.

“He’s our most important bowler, not just for wicket-taking, but you saw how many overs he bowled yesterday,” Cummins said.

PARIS: World number one Novak Djokovic has said he would like to return to play in Australia again despite being deported from the country earlier...
Read more
Sports

Sri Lanka has dethroned Pakistan from the fourth position in World Test Championship (WTC) points table as they secured a comprehensive victory against Bangladesh in Dhaka. The...
Read more
Sports

Pakistan captain Babar Azam has been chosen as Somerset's best-ever T20 cricketer in a fan survey done in the lead-up to the 2022 T20...
Read more
Sports

LOS ANGELES: Top-ranked Masters champion Scottie Scheffler fired a five-under par 65 to keep a share of the lead after Friday's second round of...
Read more
- Advertisment -